This spoiler-free review is based on the first two episodes.

Immediately, BBC One’s new period drama A Suitable Boy depicts the many faces of newly independent and post-partition India in 1951. Episode one’s opening scene dives right into a vibrant traditional Indian wedding. The use of rich colour, beautiful music and the Lucknow setting blend to depict the optimism and beauty of India finding its freedom. It is a joyful celebration of Indian culture, introducing the viewer to an array of different personalities, from 19-year old Hindu Lata (played by newcomer Tanya Maniktala), whose rejection of arranged marriage differentiates her as a non-conformist, to the mischievous Maan (Ishaan Khatter) and the anglicised Arun (Vivek Gomber), whose character reminds the viewer of the remnants of British colonial rule in India (an Indian, he remarks ‘Look around you, a sea of brown’ to which his brother replies ‘Just like us.’).

As the first episode goes on, the family connections become easier to grasp, but at first the sudden introduction to so many characters is overwhelming. Nonetheless, the opening sequence exerts a chaotic energy, depicting the many faces of India and therefore the struggle for India to unit and find its own unified identity.

As a novel, Vikram Seth’s 1993 A Suitable Boy is 1349 pages, making it one of the longest books ever published in the English language. It depicts four different families over 18 months as India prepares for its first ever national election in 1952. The plot focuses on a love affair between a Hindu girl and Muslim boy, against the backdrop of clashes between Hindus and Muslims during this turning point in India’s history. The novel expresses the complexities of Indian characters finding their individual identities while India grapples for its own. Veteran adapter Andrew Davies (War and Peace, Les Misérables) wrote the screenplay with acclaimed Indian filmmaker Mira Nair directing, both taking on the ambitious task of doing justice to this well-loved novel.

The sheer length of the book makes any TV adaption brave and bound to be incomplete, as cramming over 1000 pages into just six hours of television is an impossible task. Consequently, the first episode dives right into the story and moves quickly, resulting in it feeling rushed. In the early scenes, exposition is prioritised over naturalism, with one of Lata’s first lines revealing her disapproval of arranged marriages, immediately establishing her as someone who will rebel against her family’s wishes. The first episode tries to do too much, the storyline continuously jumping from the Mehras to the Kapoors to the Khans, which initially makes it hard to follow. However, by the second, the pace slows down, the plot is much easier to follow and we start to feel clearer connections to the characters.

A Suitable Boy Director Mira Nair: ‘If We Don’t Tell Our Own Stories, Someone Else Will’

The novel’s length also makes the show suffer in another way. At the BBC online press launch, Andrew Davies said he wanted to focus on the personal relationships rather than the political context, to make the drama more accessible. That comes at the cost of the politics, which feel shoehorned into these early episodes. At the end of the first hour, there’s a depiction of a violent clash between Muslim protesters and the police. It depicts the political turmoil of the time in an oversimplified way, and perhaps doesn’t explain the conflict as well as it could.

That said, the significance of the episode starting with a wedding and ending with a conflict is successful in depicting the underlying tensions with India despite the optimism of newfound independence. The combination of romantic singing from Saeeda Bai (played by Bollywood star Tabu) with scenes of conflict further emphasises the turbulence of 1950s India, despite the episode not delving into specific details.

That said, the show is extremely entertaining due to the star-studded cast, which includes Ishaan Khatter and Tabu – both Bollywood favourites – and newcomer Tanya Maniktala, to name just a few.  They bring the characters to life and are engaging on screen. Khatter’s cheeky smile and animated eyes and playfulness when he pushes a government official into the fountain during a Holi celebration makes his portrayal of Maan funny and energetic, while Tanya Maniktala encapsulates Lata’s stubbornness and naivety with charm.

A Suitable Boy is an impressive depiction of Vikram Seth’s well-loved book. It is a story of romance, conflict and drama which successfully reflects the political turmoil happening in India at the time. While it suffers from trying to do too much, the characters and setting blend well, coalescing the story’s many strands. 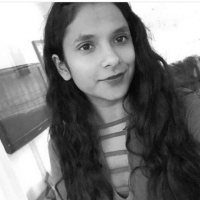 Sabrina Doshi is a freelance writer, who has graduated with a BA degree in Politics, Philosophy and Economics from the University of York and is an…

The Secrets She Keeps Book Was Inspired by a True Story