In any entertainment franchise, prequels can be tricky. (Just ask Star Trek: Discovery.) Fans already know how things have turned out and may have a brief idea of events that took place even if the specifics of what exactly happened remain a mystery.

While Discovery may have recently jetted itself far into the futture to avoid having to be a prequel anymore, the Star Trek franchise previously found itself in this territory when Enterprise premiered in September 2001. The series wasn’t free of issues, leading to mixed opinions among fans, but until the show ended in May 2005, some fans were unsure—and remain unsure—about the concept itself of telling stories set before The Original Series.

That being said, whether you’re talking about Enterprise or Discovery or both, venturing into a prequel era can be a fascinating chance to see what precisely occurred that led to the world and characters fans already know and love. Enterprise first presented the Star Trek franchise with this opportunity. It was an attempt to show fans what things were like before the United Federation of Planets and it succeeded in providing us with great characters that ultimately play noteworthy roles in Star Trek history.

For the first Captain of the Enterprise, there was no Prime Directive or much of a rulebook yet. Seeing a Captain without these principles was unfamiliar territory for those of us who were used to seeing our Captains follow or break with the memorable directive, but that’s what helped make Archer’s character so intriguing. Everything he did during humanity’s first mission set a precedent for these future rules and we get to watch him battle with many firsts, trying to decide the right way to handle situations whether its dealing with technology or first contact with new species.

Get the complete Star Trek: Enterprise Blu-ray set on Amazon

Archer also grows during the four seasons to become someone who is essential to bringing about the type of atmosphere that could lead to the formation of the Federation. He brings about a major change in Vulcan culture that leads to the more familiar aliens we know from the other series, creates good relations with aliens we’d only seen a bit before like the Andorians, and helps unite these species against some common threats that makes it clear without Archer events in Star Trek history might have turned out quite differently!

Not only was Shran a great character in part because talented Star Trek veteran Jeffrey Combs played him, but he was fundamental in providing some much needed insight into the Andorians. The species was first introduced in The Original Series, occasionally seen or mentioned in other series, and known as an important part of the Federation, but they were never explored in great detail until Enterprise introduced us to Shran.

read more: The Original Series — How it Changed From Pitch to Execution

Through the unlikely friendship the Andorian Commander forms with Captain Archer we learn a lot more about what the Andorians and their culture are like along with their history with the Vulcans and other species. As Shran changes so do the Andorians’ relations with others, putting them into the position of being one of the species to establish the Federation.

As the first Vulcan to serve for a long time on a human starship, T’Pol offered a look at what early relations were like between the two species and what would happen when they were forced to work together in such close quarters and dire circumstances. Through T’Pol we learn how different Vulcan society is at this point in the timeline and why Vulcans think what they do about humans.

read more: Everything You Need to Know About Star Trek: Discovery Season 3

However, we also see their potential to become the Vulcans we recognize from future shows in her struggles to work with and form relationships with the crew of the Enterprise. As she grows over the years, she plays a crucial role in bettering the relationship between the two cultures and giving viewers further understanding into the Vulcans.

Archer may have been the first Captain of the Enterprise and of an NX-class starship, but Hernandez was the Captain of the second. She was in command of the NX-02 Columbia and it was great seeing her in charge of this extremely important ship to humanity.

While she didn’t appear much on Enterprise, what we did see left us wanting more and the fact that she was the one to Captain the ship following the Enterprise was more than welcome. Finally we saw that, even early on in the Star Trek universe, women were high in the ranks and entrusted with important commands which was something not seen as clearly in depictions of the early years on The Original Series.

Brent Spiner appeared on Enterprise to play this character connected to his other iconic roles in the franchise. Soong wanted to show that despite the Eugenics War not all genetically engineered humans would be terrible like Khan. The result led to him teaming up with the Enterprise crew to stop his Augments from starting a war.

Ultimately, his thinking turns towards cybernetics, which would continue to be pursued by his descendant Noonian Soong, the creator of Data. Through Soong we see not only an interesting look at genetic engineering at a time much closer to the Eugenics War in history, but we receive some fascinating backstory to how one of Star Trek’s most famous characters came to be.

Through the funny, quirky Phlox, we were introduced to a whole new species that we learned were involved with humanity during these pre-Federation years. As the Enterprise’s chief medical officer, Phlox gave us an entry point into Denobulan culture and what their relationship with humans was like.

read more: The Best Star Trek: The Next Generation Episodes

While they had never been seen before Enterprise, the involvement of the Denobulans showed how humanity interacted with species outside of the ones familiar to fans like the Vulcans and Andorians at this time.

T’Pau first appeared on The Original Series as a very important Vulcan figure and, as Kirk stated, is the only one to ever turn down a seat on the Federation Council. We finally got to learn more about this mysterious figure on Enterprise as we see her play a key role in reforming Vulcan society as a leader of the Syrrannites. As she works with Archer and T’Pol, we witness some of the reasons why she becomes such a revered Vulcan in the future.

This communications officer wasn’t always thrilled by space travel, new technology, and the other adventures that came during these initial exploration years, but that never stopped her from ultimately coming through when the crew needed her linguistics skills. Sato showed us what early communications between humans and other species were like, and how those challenges led to developments that would make communication between species easier in the future.

Kolos only appeared in one episode, season two’s “Judgment,” but out of the Klingons that were featured on the show was perhaps the most interesting. This may partly be due to the great acting of Star Trek veteran J.G. Hertzler but it’s also because he offered such a thought-provoking perspective into where Klingon society was at this point.

As an advocate, Kolos saw the law losing its way and being used by the warriors for their own purposes as the culture was shifting to one where honor through violence was becoming the most important thing. That warrior culture is what we’ve mainly seen and become used to in other series so it’s fascinating to be given a look at how this rose to prominence and hear what the Klingons were like before this from Kolos.

Trip is a great character that contributes to the canon not just through his work but also through his relationships with the other characters. Through his role as chief engineer we see what it was like on a ship that could only reach warp 5.

read more: The Difficult Journey of Star Trek II: The Wrath of Khan

Trip was faced with numerous challenges when it came to keeping the Enterprise running through the many things they encountered in space. What he learned and was able to do on this Enterprise would impact future ships and their engines.

Trip‘s relationships with others is also interesting in how it influences the paths of important figures like Captain Archer and T’Pol. It’s probably safe to say his growing closer to the Vulcan and the two of them overcoming the mistrust and misconceptions that existed between the two cultures played a part in the changing relationship of their peoples.

As the Vulcan ambassador to Earth, Soval provided a different side from T’Pol to how Vulcans viewed humans and how eventually those views changed. Unlike T’Pol, Soval didn’t serve on a ship and deal with the many constant dangers that brought the Enterprise crew together. His more political role showed us why he believed humanity had to be cautious in its space exploration and how that often resulted in clashes because humans felt this was the Vulcans keeping humanity from reaching their potential.

read more: In Defense of Star Trek III: The Search for Spock

As an ambassador Soval also provides a way for us to learn more about what Vulcan’s relations with other species are like at this time, especially the Andorians, and how in part due to Soval this changes so that Vuclans are important to the eventual development of the Federation.

Through Malcolm we get a glimpse of early security on a starship and how he has to essentially create many of the things we have become used to in Star Trek’s future like the Tactical Alert, which eventually becomes the Red Alert. It’s fascinating to see the creation of these protocols and how new security threats in space were dealt with.

read more: 10 Optimistic Dramas to Put a Spring in Your Step

Perhaps even more interesting than this though is that through Malcolm we learn about the early years of Section 31, an organization first introduced on Deep Space Nine. It’s here that we see their involvement in matters even before the Federation’s formation as they use their questionable methods of try to protect Earth.

What We Do in the Shadows Season 2 Episode 9 Review: Witches 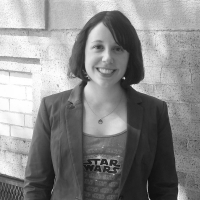 Lisa Granshaw is a freelance writer based in New York City. She writes about pop culture, entertainment, and a variety of topics for multiple websites and…

Is The Star Trek Franchise Returning To The Original Series Format?