The way that our world is headed, with natural disasters, global warming and political big shots at constant loggerheads, would it be that hard to imagine everything we know crumbling before our eyes? Netflix’s new sci-fi drama Tribes of Europa focuses on three siblings that set out to change the course of the world after a global disaster that happened 45 years prior to 2074, when the series is set.

We’re not exactly sure how this dystopian, post-apocalyptic world came to be the norm. All that is revealed of what once was is the mention of ‘Black December’, when the lights went black and Europe was plunged into darkness.

The team behind Tribes of Europa were also the creators for Netflix’s first German-language series, Dark, and the Oscar-winning The Life of Others. Creator Philip Koch is said to have come up with the idea for the series after the Brexit vote was cast.

The siblings at the center of the unravelling are Kiano, Liv and Elja. They were born into The Origine Tribe, a Robin Hood-like forest commune, and nothing like you’d imagine our ways of life to be in over 50 years time. Carrying around supplies, taking hunting trips and dancing together merrily, the tribe lives a peaceful life until it’s disrupted by an aircraft shot down in their village.

After visiting the site of the mysterious aircraft, those present quickly realises that this aircraft is nothing like those that existed in ‘The Old World’. The aircraft’s pilot reveals that he is a being from The Atlantian Tribe, the only tribe to remain apparently untouched by what happened 45 years ago.

The youngest of the siblings, Elja, is entrusted with a mysterious cube, that looks a little like a smart home device. Elja has a thirst for the truth about Black December, and agrees to help to bring this cube back to the pilot’s homeland, in the hope that he will learn more about the past.

This cube is precious, though, and desperately desired. The Crows are a dark, power hungry group who seek to control the world, and destroy anybody who gets in their way. They attack The Origine forest and immediately create a bloodbath in efforts to find The Cube. While Elja flees, Kiano and Liv are caught up in the battle. Liv is gravely injured and Kiano and their father are captured by The Crows.

What follows from here is the story of three siblings, bound by blood and longing for peace, separated by war and catastrophe. Their separation is nothing we haven’t seen before, and very much like the Stark sibling separation in Game of Thrones. Only we hope it doesn’t take eight seasons for them to be reunited.

The empty streets, marching towards abandoned buildings and ragged clothing very much resembles the poorer districts in The Hunger Games series. The setting for Tribes of Europa has very little colour, it is hell on earth.

Just like the relationship between The Capitol and District 13 in The Hunger Games, viewers are immersed in a dystopia that includes bloodsport and the infliction of pain as a form of entertainment. The latter is present in nearly every episode. The level of brutality may not even be rivalled by another show of this kind.

Character development is well-handled throughout the series, with Elja creating a friendship with a con artist that comes with great comedy. Liv is the Katniss Everdeen of her tribe, willing to do anything to support her family and boy, does that girl have guts. More than any other characters, though, the relationship between Kiano – who at first gives us a very useless, pretty boy impression – and his captor Lord Varvara, is more manipulative than you could imagine. He is emotionally tortured by Varvara and the power play gets dreadfully messy.

Modern day music is used throughout, and although we are looking at a world that is far into our future, it creates an uneasy tension between what is visible on screen and what is heard. The costumes however, are spot-on for what you’d expect of those dwelling in a forest for decades on, and for those who hold the power, wanting to embody pain and control even in their sense of dress.

The comparisons between Tribes of Europa and the Game of Thrones series are hard to ignore, though, and reappear throughout. However, unlike the bleak ending to Game of Thrones where things remain slightly better but all together largely unchanged, Philip Koch is happy that this series includes more positives in terms of its end game, saying that it is “not moving in a radioactively contaminated post-apocalypse where doom lurks behind every corner. Rather, we are living in an exciting world where everybody gets back on their feet. A new beginning for the continent, full of hope – symbolic thus its new name: Europa, with an English pronunciation.”

Plenty of nods are given to other series of a similar nature, with the opening credits strongly resembling those of The Hunger Games. Koch even pays homage to Dark, giving fans a little treat by confirming the connection between the two series when Oliver Masucci, who played Ulrich Nielsen in the Dark series, talks of his déjà vu.

Though it does little that hasn’t been seen before, fans of dystopian drama are bound to enjoy Tribes of Europa, which is packed with suspense, bloodshed and power struggles. 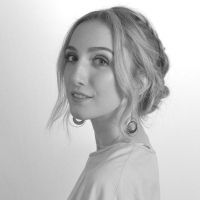 Netflix’s Barbarians: Here to Fill The Last Kingdom and Vikings-Shaped Hole in Your Life