The Marvel show that broke Netflix with its first season is back for more. Marvel’s Luke Cage Season 2 arrives this week, and it’s brought with it more music that will put Shazam to great use. Den of Geek spoke with showrunner Cheo Hodari Coker to find out how Luke Cage Season 2 went about avoiding the dreaded sophomore slump.

Den of Geek: What made you choose Bushmaster for this season’s big villain, and how early in the process did you decide he was your guy?

Cheo Hodari Coker: Pretty sure it was pretty early. The whole thing kind of started at Mike Colter’s birthday party. His wife threw him a surprise party.  I was there, Alfre Woodard was there, and you know it was just one of those things. Mike ended up picking the Shabba Ranks channel on either Spotify or just one of those things that you put in the artist and it kind of goes from there. It was just playing all of these dancehall songs from the ’90s and the vibe was great. It reminded me of being in the clubs in the ’90s. It reminded me of just how integral reggae culture is to hip-hop. If you really get into like the roots of hip-hop, like Kool Herc. Kool Herc was from Jamaica and kind of brought the whole element of the sound. For me, season one was really about Wu-Tang being introduced to the Marvel Universe. Season two was really about the roots of hip-hop from the standpoint of blues.

The key was finding a villain that could plug us into that world. So just looking at various people that have come up against Luke in the comics, you eventually come across Bushmaster, who has this weird background where he is supposed to be a member of the mafia. Well, the Marvel version of the mafia where he’s from a mysterious Caribbean island. I decided to make it specific and make it Jamaica, because it was also the perfect opportunity to kind use the show as a Trojan horse talking about Jamaica’s history. Jamaica has a history of resistance and pride, and the music reflects that. It just really kind of gives you somebody who isn’t a villain, I don’t consider Bushmaster one, he is just antagonistic with a different point of view, honestly. In the same way season one was kind of a Trojan Horse for a deep dive into the history of Harlem, season two really gets into the history of not only Jamaica but also of the migration experience and the diaspora.

Music is such an essential part of this show’s DNA, and none of those cues are accidental. How tricky is that process of matching the right song to the right moment, especially with rights issues, licensing, etc.?

It’s the most fun I have, honestly. I’m really a frustrated A&R exec more than I am a showrunner. When I first became a hip-hop journalist, my goal was exactly to become an A&R person. I sequence the show the same way I would sequence an album. I’m very specific no matter who writes the script, I’m always the one going through for those musical moments.

I think my life was changed when I was a kid and I saw the pilot for Miami Vice. I just remember how that scene from the pilot when Crocker and Tubbs are in the car. Crocker is loading the shotgun and Phil Collins’ “In The Air Tonight” is playing. I remember what that moment felt like, it was the perfect song for a perfect moment. I realized looking at that how much of an influence it had on me. So, I’m always trying to go for those moments where you match the perfect moment with the perfect songs, and how everything just kind of comes together. I think very specifically about that.

I always think of first ringing out the structure of the season based on song titles. It’s funny because sometimes people think the song titles are clues for the show rather than a hip-hop history lesson. So, every cue I make those decisions. Sometimes the songs don’t work, and you realize that in the last minute. There was a song choice for the finale that I wasn’t able to get cleared, but other than that I get pretty close to getting those cues perfect.

How important to you was it to have Mariah truly step into the Black Mariah role and how important is it to season 2?

Well the villain is the hero of their story and you try to make their reasoning make sense. That’s why Cottonmouth worked so well. It was really about having a storyline that would make all of Mariah’s decisions good and bad make sense. So, this season is really about this war for her soul between the Dillard side and the Stokes side.

Then you get to that pivotal moment in episode 9 where she tells Tilda everything, which was really some of my favorite acting that I’ve ever seen from Alfre. Once she makes that turn in episode 10 and she does what she does at the restaurant, it just really kicks everything into overdrive. In the past we’ve been accused of, “hey you get to this pivotal moment in episode 7 and then the show goes downhill.” Instead, what we do is take that pivotal moment and move it three episodes back and we have a dramatic and emotionally energy that lasts until the very end.

What made you decide to introduce Tilda Johnson as Mariah’s daughter and what was the process like trying to figure out how to pair her with such a force as Mariah?

She’s kind of like all of them, she’s a great but weird character in the comics. We couldn’t really do the thing with the shenanigans from the comics, so it was a question of how can we tie her introduction to Mariah? So, then the question became, well why don’t we make her Mariah’s daughter? I’m like wait a minute okay, she didn’t have a daughter in season one so how do we do that? So, let’s build it in secret, that brings us to Uncle Pete who provides that window.

Then people would ask, what about the age difference? So, then we’re like, okay. That’s why that line from Ridenhour in episode seven, does Tilda even know how old she is, comes into play. It goes along with the whole black don’t crack. It’s those kinds of possibilities that allow us to make this work. And then the secret is so galvanizing it allows us to understand it. So, by making the Johnsons cousins of the Dillards, people are going to be like wait a minute, her last name is Johnson, it’s not until you get to the very end and she says the last Stokes died, my name is Johnson. She basically takes the adopted name and the whole story book closes.

What would be Luke Cage’s favorite rap beef and why?

His favorite rap beef would be LL Cool J and Kool Moe Dee. The reason is that the rap beef was purely based on lyrical skill. If you follow “Jack the Ripper,” “How Do You Like Me Now,” and even as far back as “Till the Break of Dawn,” every insult is pointed. No one is descending into personal moments, this really is a rap battle. I think it would fit Luke’s sense of justice. 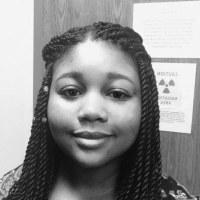 Stephanie Williams is a meme queen and a thread of comedy. You can hear her pop culture commentary on podcast like The Lemonade Podcast and get…

Luke Cage Release Date, Trailer, Clips, and Everything Else We Know