Fruitvale Station, director Ryan Coogler’s first attempt at a feature film, was an out-of-left field surprise hit at this year’s Sundance Film Festival. By surprise hit, I do not mean that the film was in any way mediocre, but simply that in a sea of highly anticipated films, such as Stoker and Before Midnight, what was Fruitvale Station? As it turned out, little-known Fruitvale Station was something that got so much hype that all screenings sold out the first day in the Beehive State, a feat which the Oscar-generating Weinstein Company took notice of and swooped up before the Festival’s end. Thus, it’s also something that little ol’ me was just dying to see. Luckily, a little before two weeks prior to its release date, I got myself to a press screening–one so full, they had to add two more to the scheduled three to fill the demand–and I finally understand the very-deserved hype. Fruitvale Station tells the true-life tale of Oscar, a 22 year-old, black, Bay resident who tries to do right by his mother, girlfriend and son the last day of 2008 and, coincidently, the last day of his life. Do not worry; this is not a spoiler. The film opens with this information, showing the soon-to-be protagonist gunned down brutally by an unforgiving police officer. The story plays out as the day’s events as Oscar encounters people from his past and present. Sounds reminiscent of Crash? Well, believe me when I say that besides being a film where race relations are tackled, the similarities stop there.

While Fruitvale Station seems a likely Oscar contender, it is decidedly not a thinly veiled attempt at a story of white redemption that ultimately upholds all the stereotypes it supposedly fights so hard to deconstruct. Quite the opposite, for that matter: Fruitvale Station effectively shows the complexity of one person’s life, as well as the lives of all those he comes into contact with, not devoid of race issues, but also, rather importantly, not with a hokey attempt at coming to some sort of definitive solution or even meaning. Instead, the film achieves what many movies in the same vein set out to do: present a portrait of reality that is believable. Many other films, even those based on real life events (as this is), often set out to achieve this level of authenticity, but usually only come up with hackneyed messages and themes. Fruitvale Station fortunately manages to avoid the pitfalls and ploys that have befallen so many of its predecessors. Aside from presenting a truly complex and nuanced thematic plot, one that leaves many competitors sorely lacking, the picture also does a lot of other things right. Perhaps most importantly, the acting is great. Relatively unknown Melonie Diaz as Oscar’s girlfriend, Sophina, fairly known Michael B. Jordan as Oscar and very well known Octavia Spencer as Wanda, Oscar’s mother, all shined. As the true lead of the film, Jordan, who I recognize from his performance as one of the three leads in superpowers-turn-sour epic Chronicle, and who I am sure that many of you will recognize from the popular television show Friday Night Lights, had a lot of the movie to carry and proved that he was well equipped to do so.

Yet, it was Diaz who I was unable to stop thinking about after the film’s short running time came to an end. Even now, with a couple weeks have gone by, Diaz is on my mind. Unsurprisingly, Spencer took this role and made it her own. She seems to be the most likely candidate for Oscar recognition given her already-celebrated status in Hollywood, but having just won for The Help—another thinly veiled attempt at a story of white redemption that ultimately upholds all the stereotypes it supposedly fights so hard to deconstruct—it certainly would be nice if she won for a role where she was not playing, errrr, the help. Whether or not the Academy will present this small-budgeted movie with any awards has yet to be seen (duh, it is only July, after all), but now that Mr. Harvey Weinstein is on board, who knows what is liable to happen?! Although it has been said time and again, it seems to remain true that good acting would do very little if it did not accompany a good script. Fruitvale Station managed to avoid this problem, which is unsurprising considering that Coogler is not only the film’s director, but also its writer. To be fair, if Coogler had put an ounce of the skill and precision he used in directing the film into the writing of the damn thing, the movie would have been good. Coogler though, proving to everyone he is always one to go above and beyond and put in more than just an ounce. The script is as complex as the directing, which is just as nuanced as the acting, which is just as equally fascinating as the plot. It is not every day that a film that gets so much attention early on and manages to live up to the general excitement surrounding it by the time it hits theaters. So, when one film manages to do this, you know it has to be something special. To summarize, believe the hype and see this film. Den of Geek Rating: 4 out of 5 Stars 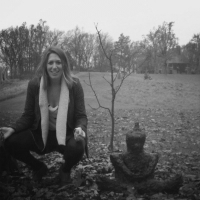