When Sir Roger Moore sadly passed away earlier this year, accounts of his life and career understandably focused on his seven spectacular outings as James Bond 007. Personally, I rewatched The Spy Who Loved Me for the 75th time, basking once again in his effortless charm and flawlessly tailored leisure suits.

Of his career outside the Bond franchise, many obituaries focused on his early television work in The Saint and The Persuaders!, in which he played similarly suave, elegantly dressed adventurers. But despite his own self-deprecation, Roger Moore’s acting abilities were more varied than one is often led to believe. His career extended far beyond the eyebrow-raising antics of the Bond films, and nowhere is this better illustrated than in The Man Who Haunted Himself, a wonderful psychological thriller from 1970.

This film, one of Moore’s personal favorites, showcases the actor in an entirely different light as Harold Pelham, a dull business executive in the City of London. Following a traumatic car crash on his way home from work, Pelham begins to believe that he is being stalked by his own evil doppelgänger. His suspicions are aroused when friends and colleagues claim to have seen him in two places at once, and they start to recount raucous nights out and extra-marital liaisons of which he has no memory. At first, Pelham assumes the phenomenon to be part of an elaborate practical joke, but he slowly begins to doubt his own sanity as his life crumbles around him.

The Man Who Haunted Himself was adapted from the 1957 novel The Strange Case Of Mr. Pelham by Anthony Armstrong, which had previously formed the basis for an episode of Alfred Hitchcock Presents. This version was written for the screen and directed by Basil Dearden, a veteran British film-maker of Ealing Studios stock, and was produced on a wafer-thin budget of around £400,000. Upon receiving the screenplay, Moore believed it to be “one of the best scripts I’d ever read”, and duly took a pay cut in exchange for a share of the film’s profits.

The movie plays out much like an episode of The Twilight Zone; Pelham’s seemingly unremarkable life gradually becomes more sinister and surreal as events proceed, eventually descending into a horrific climax. Indeed, the mise-en-scene maintains a sense of everyday realism as the peculiar story unfolds, which only adds to the growing sense of unease. Neither the audience nor Pelham himself are ever sure whether his doppelgänger is a genuinely physical presence, or merely the invention of a deranged mind, and the whole truth is only revealed during the film’s devastating final moments. It makes for a subtle but chillingly effective lesson in cinematic suspense.

Roger Moore claimed that The Man Who Haunted Himself was “one of the few times I was allowed to act”, which he acknowledged was “a terrible admission from someone who has made a living walking in front of cameras”. Looking back over his body of work, it’s difficult to argue with Moore’s appraisal. For anyone used to the sardonic quips and cocked eyebrows of the Bond films, this performance is a revelation. He palpably captures the escalating mania of an ordinary man driven out of his mind by events he cannot comprehend. In a role which could have succumbed to scenery chewing overstatement, Moore moves convincingly from confusion, to frustration, to anger, and finally, to madness. It invokes a tenderness which grounds an otherwise dreamlike narrative, making Pelham’s plight all the more credible.

Of course, the scenes in which Moore plays the evil twin allow him to stretch his legs into more familiar territory. He employs the same devilish charm and icy wit which characterised Simon Templar, Lord Brett Sinclair, and James Bond, but this time he adopts an altogether more menacing quality – as if providing a peak past the debonair exterior and into a malevolent soul. Put together, the two halves of Harold Pelham are utterly compelling, and provide a testament to Moore’s impressive range.

Despite Moore’s personal belief in the project, The Man Who Haunted Himself did not perform well financially, a fact which the actor blamed on an “amateurish” publicity campaign. Nevertheless, it has attained something of a cult status as years have passed, not least thanks to Sir Roger devotedly promoting the film on Twitter whenever it appeared on UK television. Peter Bradshaw of the Guardian, for example, has championed the title as Moore’s best film, and it has certainly aged better than most of his non-Bond filmography.

Much like Harold Pelham and his evil doppelgänger, Roger Moore was never able to shake his enduring identity with the role of James Bond, although this was a fact he came to embrace with characteristic self-awareness. Nevertheless, he continued to advocate The Man Who Haunted Himself as a demonstration of his talents, and a damn good thriller in its own right.

When I was privileged to see Roger Moore during his 2015 live tour, one of the few film clips he screened in its entirety was a scene from this film. His affection was instantly obvious as introduced the sequence with an enthusiastic preamble, like a child showing off their favourite painting. A few minutes later, once the extract had ended and the audience broke into applause, I noticed a delighted smile break across the actor’s face. There was no follow-up joke or sarcastic comment, as was Roger’s custom; this was merely an actor expressing pride in his work, and with good reason. The Man Who Haunted Himself is a terrific, chilling experience which holds up almost fifty years since its debut, with a career-best performance from one of the screen’s most charismatic presences. Sir Roger Moore may have left us, and the world is poorer for it, but there’s always more to discover about the great man and his legacy. 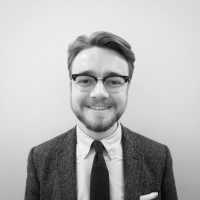 DVD Dungeon: A View To A Kill

Beyond Bond – The Acting Legacy of All the 007s