This article is presented by Gigabyte.

If you open up any pro gamer’s desktop PC, you’ll likely find one or two components labeled “Gigabyte.” For over three decades, the Taiwanese tech company has been making some of the best motherboards and graphics cards you can buy, so it’s no wonder PC builders tend to favor Gigabyte components for their gaming rigs.

But if you want something a bit more portable, then you can cut straight to the source: Gigabyte’s top-tier gaming brand AORUS makes laptops that cater to every type of gamer, from casual Fortnite players to esports pros who demand the fastest and most powerful PCs.

The AORUS 15G and 15P Laptops Are Gamer Approved

Gigabyte’s newest gaming laptops are the AORUS 15G and 15P. On the surface, the former is aimed at hardore pro gamers, while the latter is targeted at enthusiasts, but to ensure that both tick every gamer’s boxes, Gigabyte has done extensive research and development.

The tech company even consulted the incredibly talented G2 Esports team along the way. Yes, that’s the same G2 Esports team which is currently the CS:GO world champion, so it’s fair to say they know what players want out of a gaming laptop. Tested and put through the ringer by these esports pros, the AORUS 15G and 15P delivered everything the G2 players were looking for: powerful CPU and GPU, excellent cooling, a high-quality mechanical keyboard, a high refresh rate display, and portability.

The fact is, whichever configuration you opt for, the result is a set of laptops that offers comfortable portability, eye catching style, and top-tier performance. That’s quite a big deal: often with gaming laptops, you have to pick two of the three. Meanwhile, Gigabyte is determined to give players everything they need right out of the box.

So how has Gigabyte done it? Well, let’s start with the quality of components involved. The new AORUS 15G and 15P gaming laptops are equipped with the latest, 10th-Gen Intel Core i7 processors, working hand-in-hand with NVIDIA’s high-end RTX-20 series GPUs. Not only are these graphics cards known for pumping out the polygons, they’re also capable of pushing fancy ray tracing effects on supported games like Control and Call of Duty: Modern Warfare. Here every beam of light is accurately mapped for more realism than ever before.

Read More About the Gigabyte AUROS 15G and 15P Here

If you can practically feel the heat generated just by reading that sentence, then rest assured Gigabyte has thought of this! Both the 15P and 15G come equipped with the company’s Windforce infinity cooling technology, with independent air vents for the processor and GPU, to ensure cooling efficiency is increased by up to 30% with no performance throttling. Don’t expect these laptops to overheat.

That said, top gamers will tell you all this attention to detail is for nothing if your screen isn’t up to scratch. They’re right, and that’s why the AORUS 15G and 15P gaming laptops both pack top-notch displays capable of the kind of frame rates that modern gamers demand. The 15P comes with a 144Hz screen, while the top-end 15G can go all the way up to 240Hz – that means all models are capable of outputting up to 144fps, and the top-spec model can put out 240fps.

Combine that with a 4 or 5ms response time (depending on the model) and you’ve got a recipe for slick and smooth gameplay. Both output to 1080p (they’re gaming laptops, so 2K or 4K displays would only slow things down) and support 72% NTSC, which offers more detail and color than some of their contemporaries. Oh, and it goes without saying that the 3mm bezel surrounding the screen is barely noticeable, so there’s nothing to distract from the action.

And while no self-respecting gamer would ever play on their laptop without their charger close at hand, you’ll be reassured to know that Gigabyte doesn’t want you to be completely lost when left to fend on battery. Both AUROS laptops pack a 94Wh battery, which will give you up to eight hours of usage before you need to find a charger.

A Classy Design That Fits in Anywhere

Some gaming laptop manufacturers care more about performance than the practicalities of the design, but not Gigabyte. With both the AORUS 15G and 15P, the company recognizes the importance of “feel” when you’re playing the latest titles.

That’s why both come with a full-size RGB keyboard that keeps gamers in mind. The 15G features a true mechanical keyboard with just 2.5mm keystrokes and 1.6mm input depth. Once again, response time here is top notch, with a 20% faster input speed than your average notebook – which is very important in competitive multiplayer matches where the difference between winning and losing can come down to milliseconds. The 15P, meanwhile, comes with a scissor switch keyboard to keep the body as thin as possible, but it still supports per-key RGB backlighting and N-key rollover to ensure the laptop can detect every keystroke in every game.

While many gaming laptops go over the top with gaudy design and bright flashing lights, Gigabyte’s design is more modest – smart enough to blend in at the office, but with enough flair to still catch eyes at a LAN party or cafe. The company has taken inspiration from both the car industry and Hollywood, with grilles and design detailing that look ripped straight out of science fiction! Suffice it to say, it’s an award-winning look. The AUROS 15G even received a 2020 Red Dot Design Award.

Despite the serious power within, Gigabyte has worked hard to keep the 15G and 15P as light as possible without compromising on quality. The AORUS 15G tips the scales at just 4.8 pounds, while the AORUS 15P is even lighter, coming in at around 4.4 pounds. In short, you won’t have to break your back carrying your laptop around – whether it’s to class, the office, or a friend’s house.

Overall, the AORUS 15G and 15P have everything you could wish for in a gaming laptop, whether you’re a casual gamer or serious professional whose livelihood depends on it – such as G2 Esport’s Kenny S, who elaborated on what he loves about the new 15G.

“The AORUS 15G is the best travel companion I could wish for, it’s very light and thin, packs a lot of power, has a 240hz screen, and an amazing mechanical keyboard,” he explains. “Playing on the way is now easier than ever.”

Although that endorsement makes it pretty clear that the AORUS 15G and 15P are fit for the professionals, all the qualities outlined above make both laptop families perfect for those who aspire to go professional – or even just those who want to play their games on the go with the best performance imaginable. 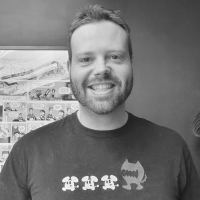 How the System Shock Remake Modernizes a PC Gaming Classic

History of PC Gaming: A Monthly Series from Den of Geek

PC Gaming Innovations That Changed the Way We Play