This article consists of nothing but The Punisher Season 2 spoilers.

While the Netflix arm of the Marvel Cinematic Universe has always been happy to take some liberties with their respective area of the shared continuity, The Punisher Season 2 really seems to take that idea and run with it. Not only does it refrain from making any direct references to any major shared moments in either the main MCU or the Netflix corner of the universe (no Infinity War aftermath to be found here folks, as if that were a surprise) it also keeps a healthy distance from a good deal of its comics history.

Naturally, that doesn’t mean there are no comic book easter eggs and nods to be found, but this season takes its inspiration and really runs with it, plucking a handful of Punisher story deep cuts and character names and adapting them into something completely new for the live action universe. Here’s everything we managed to find on a first viewing. If you spotted anything else, let us know down in the comments or on Twitter, and if it checks out, we’ll update this until it’s the most comprehensive The Punisher Season 2 resource around!

“While driving through Michigan, Frank stops for a beer at a roadside bar. But staying out of trouble has never been his strong suit.”

– The band at the bar is playing “The Outsider” by Shooter Jennings, which is a little on-the-nose for Frank’s mental state. Look, no one ever claimed The Punisher was subtle.

– Frank still goes by “Pete,” as in Peter Castiglione, a pseudonym he’s used several times over in the show that stems from his comic book history. It stems from Frank’s original Italian family name, which was later Americanized to Castle.

– Unlike many of the other new characters in this season, Amy Bendix is actually rooted in the comics. First appearing in Punisher: War Zone #24 back in 1994, Amy’s been overhauled to fit her new role for the small screen.

Aged up and transformed into a “street-wise grifter,” Amy’s comic book counterpart was a little girl who spotted Frank escaping from one of his murder scenes, only to swear to him she’d keep his secret. Later, he even helped her recover her dollhouse. Aw.

– This episode introduces John Pilgrim, season two’s main antagonist who was developed specifically for the show. He is a Christian fundamentalist turned murderer with a strict code of ethics he is willing to kill for — but his desire to track down Amy is a major mystery.

While he’s not specifically based on any one Marvel villain, he clearly draws inspiration from Mennonite, a villain who first appeared in Punisher MAX #3 in 2010.

– Agent Madani, who you’ll hopefully remember from season one, has recovered fully from her brutal gunshot to the head, care of Billy Russo — who she obviously has not forgiven. Despite being physically in perfect health, it would seem Madani’s mental state is slipping, and badly, as she’s fixated herself like a laser on Billy and turned to alcohol to numb the pain.

– Speaking of, Billy Russo is still very much hospitalized after his final encounter with Frank last season. The weird plastic mask is thanks to Frank smashing his face through glass a few times over — and for theatricality, I guess. Art therapy, maybe.

“Frank and a reluctant Rachel go on the run as a menacing adversary gives chase. Meanwhile, Madani pays Russo an unwelcome visit.”

– Wondering what’s going on with Billy? Apparently so is Billy. He has no memory of his last encounter with Frank or anything that happened in his life after his stint in the military. If that sounds a little too convenient to you, Agent Madani thinks so, too.

– Billy’s doctor, Dr. Dumont, however, is very much on the side of her patient. Dumont isn’t based on anyone from the comics, specifically, but is definitely someone to keep an eye on as the season plays out, especially given her affinity and sympathy for Billy.

– Dumont’s advice and treatment for Billy’s memory recovery is for him to “put together the jigsaw,” an obvious nod to Billy’s comics based codename: Jigsaw. Though over in the comics Billy’s nickname was a lot more on-the-nose — he got thanks to his “jigsaw-like” facial scarring. Though the MCU’s Billy also has a pretty messed up face, you can only make someone like Ben Barnes so ugly before you just have to give up, I guess.

Frank is still driving around in his, uh, “signature” van which not only featured in the first season of the show but is actually a bizarre sort of tradition for his comic book counterpart.

Dating all the way back to the debut of Frank’s “War Journal,” in Giant-Sized Spider-Man #4, Frank’s had an affinity for tooling around in clunky looking vans, sometimes they’re even known as “Battle Vans” just to make them extra on brand.

“As Pilgrim’s past comes into focus, Frank and Rachel find themselves in police custody, where they’re anywhere but safe.”

– While we still don’t have much info about John Pilgrim’s history, we get our first clue here in the form of some very old, mostly removed tattoos of Nazi and white supremacist iconography. In case you couldn’t already tell, this dude isn’t a great person.

– Netflix MCU mainstay Sergeant Brett Mahoney is back for this season! He’s been around for a while in just about every Marvel streaming show, and has a comic book history all his own, since he was introduced in Marvel Comics Presents #1 back in 2007.

– Hopefully you don’t need me reminding you of Frank’s past but he gets called a “jarhead” in this episode as a reference to his time as a Marine.

– One of the officers calls Frank out as a western hero who rides into town but is secretly the devil, which isn’t a reference to a specific western movie, but a trope used throughout the genre. Frank as the black hat, lone gunman archetype is a pretty foundational element of the Punisher character across all mediums.

“Rachel recalls the night everything changed and lets Frank in on the truth about her name. Russo sits down with a face from his childhood.”

– If you’re totally in the dark vis-a-vis Frank and Russo’s bad blood, you might want to refresh yourself on the totality of season one. This version of their story was invented for the MCU specifically, but it involves Russo being the man behind the gun that killed Frank’s family. Yikes.

– Remember Curtis Hoyle? Another major player from season one is back in this episode, and he’s Frank’s old military buddy who runs a support group for vets. It’s difficult to tell since he’s usually wearing long pants but Curtis lost his leg while he was serving and was discharged. That’s why he rarely helps Frank in actual combat.

– What is it with MCU bad guys and baseball? Billy’s history is linked to a love of baseball just like Daredevil season 3 antagonist Ben “Dex” Poindexter, aka Bullseye. This probably just a coincidence rather than an intentional thematic link, but still, you have to admit it’s pretty funny.

– Speaking of Billy’s tragic past, this episode is loaded with quick little refreshers and call backs to season one, like the Ray Of Hope Group Home where Billy grew up.We start to see the first inklings of Frank actually taking Amy under his wing here, which might not be a callback to any specific comic book plot, but it’s actually not the first time Frank’s taken on a sort of “sidekick” with a similar backstory.

The Sandman Audible Original Review: the Dreaming Comes to Audiobook

This trajectory for Amy’s story seems to have been at least partially inspired by Rachel Cole who first appeared in The Punisher #1 back in 2011, who was motivated by the loss of her own family to join Frank’s crusade temporarily.

– You can spot MCU network powerhouse WHIH at one point in the episode, too.

“It’s not a trap if you know it’s coming: That’s Frank’s philosophy. Madani opens up and Pilgrim plans to visit an unholy land.”

– Welcome back to Netflix MCU veteran Turk Barrett, who is long suffering as always. You’ll recognize him from just about every streaming Marvel show, where he’s usually getting beat on by the good (and bad) guys for one reason or another, even after he mostly gave up his life up crime. In the comics, Turk occasionally goes by Stilt-Man (no really) and has even temporarily held an Infinity Stone, so his life is pretty wild no matter what universe he’s in.

– More season one call backs, this time to Curt’s support group for veterans, which played a pretty major role in the events of last season. It’s basically exactly what it says on the tin: a group therapy session for vets who are having trouble fitting back into daily life.

– Is it possible that Frank Castle is such a rube he doesn’t understand that three card monte is a sucker’s game? Seriously?

– Frank getting brutalized by (and in turn brutalizing) a whole gym full of Russians is faintly reminiscent of the classic Garth Ennis/Steve Dillon Punisher fight with “The Russian” in their first arc on the book, “Welcome Back, Frank.” That was adapted into the very best scene in the Thomas Jane Punisher movie, with Kevin Nash as “The Russian.”

Unless we missed something, these episodes are all Marvel reference free! Hit us up on Twitter if you managed to catch something and we’ll update this as we go!

The Punisher Season 2 Episode 10: The Dark Hearts of Men

“As Madani and Krista debate who’s worth saving, Frank prepares to storm Russo’s territory. A brutal encounter pushes Pilgrim back into old habits.”

– This episode uses a cover of Creedence Clearwater Revival’s “Fortunate Son,” a favorite anthem of the Vietnam era. This particular incarnation of Frank has obviously been modernized, but in his original debut back in 1974, the Punisher was a veteran of Vietnam.

The Punisher Season 2 Episode 11: The Abyss

“Amy rushes to protect Frank, who lies defenseless in a hospital. Pilgrim gets some crushing news, and Karen Page calls in a favor.”

– Hey, it’s Karen Page! Fans will recognize her from all over the Netflix MCU (not to mention Marvel comics) but specifically as one of Frank’s earliest and most trusted, er, associates, from his debut in Daredevil season 2. Karen is representing Nelson and Murdock, which was newly reformed at the end of Daredevil season 3 with Karen as an official partner.

Like six through nine, we didn’t catch any overt references to other Marvel moments in these episodes, but if you did, let us know in the comments or on Twitter. We have an explanation of all of the various implications of that ending right here, though. 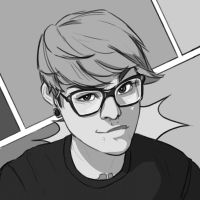 Meg Downey is a freelance pop culture writer based out of sunny Los Angeles. She specializes in superheroes, comics history, and fan culture. She digs horror…

Why Playing The Punisher is ‘Sacred’ to Jon Bernthal

How The Punisher Season 2 Brings Jigsaw to Life

The Punisher: The Bloody Legacy of Marvel's First Superhero Movie

The Walking Dead: Who is Leah?