We set the stage: It is the Wynonna Earp midseason finale. Two people, who have gone through hell and high water at each other’s side, make a decision to bind themselves to the other. It’s a choice grounded in love, kindness, understanding, and hope for a better future. The only difference is that this love is shared between two women who, in addition to battling literal demons, have also battled harmful LGBTQ tropes like “Bury Your Gays” and come out on top in spite of it—bulletproof vests sometimes included.

Bury Your Gays: A History aka When Queer Stories Don’t Include Happiness

“Bury Your Gays” is the narrative trope that sees queer characters killed off at a disproportionate rate, often but not always in the service of furthering a straight lead characters’ storyline. The trope has been a particularly visible issue in the LGBTQ community since the days of Buffy the Vampire Slayer. In 2002’s Season 6, the lesbian couple of the show had just reconciled when the most random bullet in TV history struck Tara and killed her in front of girlfriend Willow. It was shocking, upsetting, and something that stuck with queer viewers—a reminder that we aren’t allowed happiness in the same way straight couples are when it comes to the shows and movies we watch.

The frustration stuck with the queer TV-watching community for years to come, and it all came to a head in 2016, when another slew of queer deaths on TV hit, with four lesbian or bi woman characters killed off on four different TV shows over the course of one month. The most influential of these was the death of Lexa on The 100. This commander was also struck by a bullet after a night of gay lovemaking. The big difference is that, this time, fans had the power of the internet on their side to discuss and make their anger known.

Back in the days of Buffy, the queer TV-watching community couldn’t air grievances in the same way we can today through Twitter, Facebook, Tumblr, Instagram, or a slew of other social media platforms. They couldn’t tag the showrunner or show in general with our thoughts on how we’d been hurt once more. But, after the death of Lexa, fans old and new had the power in their hands to organize and make change, or at least to shout from the rooftops about how done they were. It created a movement, a sense of unity amongst queer viewers, where we would call out what showrunners were lacking in when it came to writing our stories: happy and healthy LGBTQ relationships.

By “happy,” we don’t mean the elimination of all negative emotions; we mean the destruction of the “bury your gays” trope, where no one dies from a stray bullet. It means showing the true and full construct of what a queer relationship is like in 2020 and the strides our culture has made in acceptance, understanding, and telling stories where queer characters are happy and taking on challenges together because there’s more to these characters than the fact that they are queer. And it means not putting queer characters in the backdrop of large productions like Avengers: Endgame or Star Wars as a means of saying, “Hey, we gave you representation!” As if representation is the same thing as inclusion.

It means being a little bit more like Wayhaught, aka the relationship between Waverly Earp and Nicole Haught on Syfy’s supernatural western Wynonna Earp.

Creators can learn from showrunners like Andras, the woman behind the success of Wayhaught. And if they’re lucky enough, they can have a marriage proposal like what we got in the midseason finale of Wynonna Earp. The scene, which sees Waverly proposing to Nicole in front of their entire family,  made queer people feel seen, appreciated, and loved. These two characters are not the only example of positive queer representation out there when it comes to TV shows, books, and movies, but Wayhaught is continually raising the bar when it comes to centering queer representation on TV.

The queer, TV-watching community doesn’t just want new beginnings; we want new middles, ones that tell new, happier kinds of stories about queer characters. The Wayhaught proposal was a clear cut example that Andras has taken the time to not only understand this, but prioritize it in Wynonna Earp’s storytelling. Queer fans want the evolution of something new, yet familiar. And it’s not just because we want to see our OTP happy. It’s because we want to believe we can also experience happiness for ourselves. We, after all, learn from the content we consume. So, this lesson, that we can have happy beginnings, middles, and ends matters for queer viewers who have been either erased or explicitly told otherwise for decades.

It especially matters for queer viewers who have never seen themselves represented positively or at all on TV. These experiences help mold us and understand the world around us. So when we see Wayhaught sharing tender moments in the midst of the craziness that is Wynonna Earp, we take in a united front that any of us can achieve and become a part of. And that feeling is uplifting, game-changing, and could be what a queer person needs to see to understand their worth in this world as we know it.

Wayhaught matters because they are a sign of where we’ve come from and where we’re headed when it comes to LGBTQ representation.

Other showrunners can learn a lesson from the Wayhaught proposal: queer fans want content that matches our experiences, and not just content catered to us for brownie points. We’re not a little box that can be checked off, as in Avengers: Endgame or Star Wars: The Rise of Skywalker, or on that can be ignored once a queer character or relationship is established, as happened in Supergirl with Alex Danvers as a character and in her relationship with Kelly. The queer community is more than a box to check, and queer fans would appreciate some nuance when writing scenes that aim to represent our diverse experiences.

It’s not enough to just tell us about the queer character or couple on our screen. We want to feel their struggles, their achievements, their heartaches, and their happiest moments. And, in the Wayhaught proposal, many of us see all of that and more. We see how hard they fought for each other, how they’ve grown at each other’s side, and the lengths they’re willing to go to make the other happy. And it doesn’t feel like pandering. It feels real. And we want more.

We know our value as a community, what we want to see on screen, what we don’t need in the media we consume. Wynonna Earp understands, keeps building up on it, and knows what we’d like to see more of in the future. It’s time for the rest of the shows looking to tell more inclusive stories to catch up or be left behind. 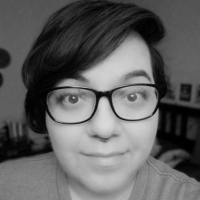 How Wynonna Earp is Busting the Moonlighting Curse

When Will Wynonna Earp Season 4 Return?