Right now, there’s little doubt that Cartoon Network is the king of all-ages animated television. With Adventure Time having become a cultural phenomenon rivaled in its arena only by SpongeBob Squarepants and numerous other outstanding shows (Steven Universe, The Amazing World of Gumball) providing the programming lineup with some depth, CN has been not just the most successful cartoon-focused channel of the past few years, but also one of the most successful channels overall. In 2015, it showed the strongest viewership growth out of any basic cable network in the 18-49 demographic and also topped the 6-11 demographic for the first time.

So now’s as good a time as any to look back on an era when the network’s future was uncertain and to reminisce about its first classic show: Dexter’s Laboratory, which premiered 20 years ago this week and set the standard for the clever writing, pop culture savvy, and iconic characters that have defined Cartoon Network ever since.

When it was acquired by CN in the mid-1990s, Hanna-Barbera Studios was mired in a major slump; since The Smurfs went off the air in 1990, it had produced no hit series and had fallen far behind competitors like Nickelodeon, Warner Bros. Animation, and Disney. This was the heyday of Animaniacs, Ren and Stimpy, Rocko’s Modern Life, and other paragons of the era’s animation renaissance, and Hanna-Barbera had nothing new to offer; by extension, the fledgling Cartoon Network had hardly any exciting programming aside from reruns of old classics like Looney Tunes, Tom and Jerry, and Scooby-Doo.

That changed in 1995, when, under the leadership of Fred Seibert, Hanna-Barbera unleashed a flurry of 48 animated shorts called the What a Cartoon! series. A throwback to the golden age of animation, it was essentially an incubator for creator-driven cartoons, and with the animators themselves offered a tremendous amount of control (including the rights to their characters), a tremendous number of ideas were submitted for the series’ coveted slots. While the What a Cartoon! program itself represented a step forward for Cartoon Network, its more important function was to serve as a platform for pilots—with the exception of Ed, Edd N Eddy and Courage the Cowardly Dog, all of the “Cartoon Cartoons” that comprised CN’s now-classic lineup of the late ‘90s and early ‘00s got their start as What a Cartoon! shorts. Dexter’s Laboratory won a popular vote among the first 16 shorts to air, and was then given the green light to develop into a full series. Creator Genndy Tartakovsky assembled his cast and crew, the show premiered in its own right on April 28, 1996, and the rest, as they say, is history.

Even if Dexter’s Laboratory hadn’t been a groundbreaking animated series, it would still have been crucial to the modern history of cartoons based on its young creative team alone. Tartakovsky would go on to create Samurai Jack and Star Wars: The Clone Wars, both of which achieved critical and popular acclaim. Among his lieutenants were Craig McCracken, Butch Hartman, and Seth MacFarlane, all of whom got their starts in animated television on Dexter and all of whom would eventually create iconic series: The Powerpuff Girls, The Fairly OddParents, and, of course, Family Guy.

With such a talented team, it seems natural that Dexter’s Laboratory would have succeeded, and indeed, the show was a massive success for Cartoon Network at the time. But its enduring legacy, in hindsight, stems from its having one foot in the past of animated television and another in the future.

In terms of style and feel, Dexter’s Lab had deep roots in the classic theatrical cartoons of the late 1940s and 1950s. The simplistic design of Dexter himself, his sister Dee Dee, and most of the other characters in the series didn’t even attempt to approximate realistic human figures, a radical difference from what Disney was doing at the time and much closer to the aesthetic utilized by old Hanna-Barbera and UPA cartoons (which included such characters as Mr. Magoo and George McBoing Boing). Combined with the short format of the show—most segments were about seven minutes long—Dexter was almost a televised comic strip, and as such was heavily reliant on gags, sound effects, and slapstick violence for humor. It accomplished this beautifully.

Take, for example, the seminal episode “The Big Cheese,” the source of perhaps the most quotable line in series history: “Omelette du fromage.” That line is so quotable because it’s nearly the only thing Dexter says for the entirety of the episode, thanks to a botched attempt to learn French during his sleep that renders him literally unable to form other words. It’s a simple gag that stays fresh over the episode’s seven minutes, and it leads to some typically absurd moments: Dexter landing a record deal, Dexter getting the hot babes, Dexter meeting world leaders, etc. Of course, the one thing Dexter can no longer accomplish is entering his laboratory, since the password is “Star Wars,” and the lab blows up in his face. This combination of effective storytelling, old-fashioned humor and an explosive ending was the sort of thing that hadn’t been done well in nearly a half century before Dexter’s Laboratory revived it.

The show mimicked the ‘50s cartoons in more than just humor, though; notwithstanding the Japanese influences that often crept into the animation (for example, when Dexter becomes a Godzilla-like monster in the episode “The Big Sister”), Dexter’s Laboratory felt like it was taking place during the Eisenhower years. But in approximating the trope of that era’s sitcom families, the show was able to subvert it in interesting ways.

Dexter’s unnamed mother and father are a perfect illustration of this. On the surface, they fell into traditional roles: the father was always dressed in a crisp white shirt and tie, often wearing a hat to work in good pre-JFK fashion, while the mother was robed in kitchen attire, including rubber gloves and apron. Indeed, Tartakovsky’s decision not to name either ensured that they were more or less archetypes instead of real characters. But in practice, they were anything but your typical 1950s married couple, with the father often playing the fool and the mother exerting powerful control over him.

One episode that puts this dynamic on display well is “The Muffin King,” in which the father becomes animalistic at the smell of his wife’s muffins, and Dexter and Dee Dee follow their mother’s orders to protect the baked goods from him. What follows is a classic game of cat-and-mouse, filled with the types of innuendo (“I married your mother for her muffins,” the father says as he stares at her breasts) and pop culture references (an Empire Strikes Back “I am your father” parody) that made Dexter’s Laboratory as fun for adults as it was for kids. For a network that depended upon gaining parents’ support, not to mention that of stoned college students, such a balance was crucial.

At its core, though, the show was built around the relationship between Dexter and Dee Dee, a relationship that set a precedent for character development that would become a fixture of all of Cartoon Network’s shows. For the most part, the two siblings were antagonistic toward each other, with Dee Dee destroying Dexter’s lab repeatedly and Dexter constantly railing on her stupidity. At times, his treatment of her is more than a little misogynistic—in the premiere episode, he calls her a “stupid woman” more than once—but with nearly every instance of Dexter insulting Dee Dee ending in some horrible predicament for the boy genius, his sexism (which would have been commonplace in the 1950s) was shown to be utterly backward and indicative of his lack of real-world knowledge. Dexter was never an inherently threatening character, and so we never hated him, but it was always fun to watch him fail and angrily vent his frustrations.

And yet deep down, despite the vitriol and sibling rivalry, he and his sister cared deeply for each other, providing the show with a heart that most cartoons of its ilk, at least in the middle of the 20th century, never possessed. In episodes like “Spacecase” and “Filet of Souls,” Dexter’s plans end up putting Dee Dee in real danger, and racked by guilt, he uses his scientific prowess to save her life. Perhaps more important was the episode “The Way of the Dee Dee,” in which Dexter is trained by his sister in the art of having fun and ends up destroying his own lab in much the same fashion as she always does. Dee Dee’s legitimate horror at seeing her brother act this way, combined with Dexter’s resignation at returning to his science at the episode’s conclusion, suggests that they recognized the importance of their opposing personalities to their sibling relationship and serves as a surprisingly profound statement on the idea of freedom.

Because Dexter’s Laboratory never adopted a serial format, the relationship between Dexter and Dee Dee could only develop so far, but Tartakovsky’s ability to do as much with it as he did provided a template for the Cartoon Network originals that would follow. The Powerpuff Girls, for instance, never would have made such a broad cultural impact had its stunning action sequences and sheer joie de vivre not been matched by the depth of Blossom, Bubbles, and Buttercup. Ditto for Ed, Edd N Eddy. And even though today’s shows like Adventure Time and Steven Universe feel nothing like the Cartoon Cartoons that preceded them, their remarkable ability to tell a story within the framework of an 11-minute episode has its roots in shows like Dexter’s Laboratory. Before Dexter’s advent, no show had so effectively captured both the comedy of the cartoon short and the plot-driven capacity of longer animated shows.

Dexter’s Laboratory went off the air in 2003; Genndy Tartakovsky hadn’t been involved since 1999, as his focus had turned to Samurai Jack and Star Wars: Clone Wars. But in its four-season run, it spawned some of the most recognizable cartoon characters since the Golden Age of animation, it provided Cartoon Network with the momentum it needed to become an animation powerhouse, and it redefined what a cartoon short could be and do—Dexter’s most successful experiment. 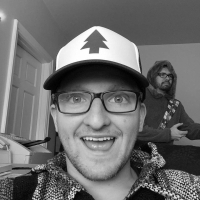 Zach Blumenfeld is a freelance writer based in Chicago. He can confirm that marathoning Dexter's Laboratory is the ideal recovery method following oral surgery (except for the funny…

Taking the cartoon out of Cartoon Network

The Justice Friends from Dexter's Laboratory Deserve a Revival