This is a spoiler-free review based on the first two episodes of Another Life.

Katee Sackhoff of Battlestar Galactica fame is returning to space on July 25 in Netflix’s new sci-fi drama Another Life. The series follows her character Niko Breckinridge, an astronaut taking charge of a spaceship that travels at the speed of light with an established crew. She’s sent by the fictional United States Interstellar Command to search for answers after a mysterious structure manifested on Earth and started emitting indistinguishable signals to a distant planet. Galactica nostalgia may be enough to intrigue some sci-fi lovers’ but, if the first two episodes are any indication, the premise won’t do much to retain their attention.

The plot quickly becomes convoluted and disorderly, which would be fine if the show’s tone was geared towards wonder, fun, and nonsensical action. Instead, Another Life is all over the place – one moment it’s going for a dark, high-stakes route, then that’s interrupted by reality show-worthy melodrama, which gets interrupted by brief scenes on Earth that feel like they are a part of a different series. The CGI scenes are underwhelming, the dialogue often feels awkward and uneven, the angst is frequently overdone, and there are quite a few shots that make the crew look like they are a part of a sci-fi parody instead of a film that’s presumably meant to be taken seriously. Another Life borrows from and pays homage to pivotal sci-fi properties like Aliens and Star Trek without enough focus on its own direction.

Another Life starts off with social media influencer Harper Glass (Selma Blair) recording a video for her dedicated followers before she’s interrupted by a floating ship shaped like an infinity sign. There’s not much of Glass in the initial episodes, but she has the potential to be an interesting character. Suddenly, the ship crash lands in the least thrilling manner and a large, glowing crystal-like tower manifests in a field. The scene then quickly cuts to Niko as she tells her maybe-scientist/researcher husband Erik (Justin Chatwin, Shameless) and their young daughter Jana (Lina Renna) that she’s leaving for a mission on the Salvare spaceship.

This all transpires in the first ten minutes of the series, which could have been an impactful introduction if there was some real level of intensity or urgency present to make the viewer care. The general public isn’t disturbed nor fascinated by this event despite this being presumably the first time that humanity has had contact with an extraterrestrial lifeform and that’s a problem. Erik has a subplot going as he tries to crack the message code coming from the alien artifact and has a small breakthrough that really doesn’t push the story forward at this point.

The crew features several gratingly annoying members who are salty about their leader Ian, portrayed by Supergirl’s Tyler Hoechilin, being replaced by an outsider with a terrible track record in terms of keeping people alive. Hoechilin does jaded former commander turned mutiny leader well and his stand-offs with Sackhoff are slivers of goodness in the midst of mess. Interestingly, this ship seems to have a large supply of crew in stasis who can be readily awaken, which makes the stakes of losing someone significantly lower. What’s the point of becoming invested in people who are so easily replaceable – and barely tolerable?

The most interesting person on the Salvare is not a human, but rather a holograph of an interface named William who serves as the ship’s brains. Doctor Who alum Samuel Anderson balances the detachment of a non-human entity with moments of logic, regret, and pain as he advises Niko. William works to understand a pivotal decision made by Niko early in her command, which causes the crew to understandably question her judgment and motivations in terms of their safety and the overall objective of their travels. It’s by far the most interesting thread and character development at this point in the series. And, William probably won’t be the only one who is trying to make sense out of things that don’t add up.

The Salvare crew swings from being competent to unstable to brutal as they try to conjure up…something from their lines in reference to this painfully unclear mission, which doesn’t seem too urgent to the folks back on Earth. In fact, they barely seem to bat an eye after losing communication with Salvare even though the fate of society is allegedly in this crew’s hands. And, the purpose of Erik’s team is also frustratingly vague. What, exactly, are they trying to do? Is there a greater government agency involved? Why is this structure virtually unblocked and available for almost anyone to get close to it? In one scene, Erik brings his daughter to work, so either it’s just not dangerous or he’s not winning any father-of-the-year awards. Science fiction does require a lot of suspension of belief but Another Life is taking it to another level.

Of course, no viewer would expect all of the pieces of the puzzle to fit together so early in the game, but right now they aren’t even on the same table. Netflix fans don’t have time to wait for something to pull them in and Another Life doesn’t capitalize on setting its story up well from the beginning. Another Life has pieces of other compelling sci-fi properties, however there’s nothing unique or substantial to build a foundation for this space saga to stand on. 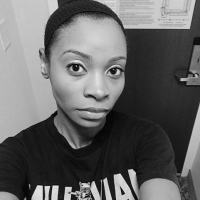 Another Life Season 2 Confirmed by Netflix

Battlestar Galactica is over (until its resurrection as Caprica)

Dialect Coaches on Actors and the Best and Worst Accents