The Toys are back in town!” After the massively successful release of Toy Story in 1995, Disney and Pixar once again teamed up for Toy Story 2. With Buzz, Woody and the rest of the favorite childhood toys returning to warm our hearts, could the sequel be just as good, if not better, than the original?

Preparing for Cowboy Camp, the only toy Andy wants to bring is Woody. Yet, right before leaving, his favorite Sheriff has his arm ripped. Set on a shelf to be repaired, Woody meets Wheezy, an old toy penguin who was supposed to be fixed months ago, but now is covered in dust. Once Andy’s favorite toy, Woody now feels he may be forgotten as well.

When Wheezy is taken from the shelf to be sold at a yard sale, Woody embarks on a suicide mission to save him. Little does he know, he will be the one who needs rescuing. While near the sale table, Woody attracts the attention of Al McWhiggin, a loony toy collector and owner of Al’s Toy Barn. Despite being told the Sheriff is not for sale, Al waits until Andy’s mother has her back turned, then speeds away with the toy. Buzz, Bo Peep and the rest of the toys watch the tragic event from Andy’s window. Remembering when Woody risked his life for him, the Star Commander quickly rallies up a rescue party.

Woody wakes up inside Al’s office in the presence of a rowdy cowgirl named Jessie, a shy steed named Bullseye and Stinky Pete the Prospector, an unopened toy still in his original packaging. These three new faces inform the confused cowboy that he is the missing link in the Woody’s Roundup collection, a series of toys based on a popular 50’s sitcom. Woody is beginning to realize he is much more than “just” Andy’s toy.

Meanwhile, Buzz and the gang have arrived at Al’s Toy Barn, where they believe Woody was taken. Outside was much different than Andy’s room, but the Toy Barn is an alternate universe. While searching for Woody, Buzz encounters an aisle full of Buzz Lightyear 2000 toys. Believing that a fellow Star Commander is breaking rank, a New Buzz ambushes Andy’s Buzz and repackages him. On the other side of the store Mr. Potato Head, Rex and Ham, find themselves being chauffeured by Tour Guide Barbie. Encountering New Buzz – believing it’s actually Andy’s Buzz – Rex promises a way to beat Zurg, Buzz’s arch nemesis.

Back in Al’s office, the Roundup gang is getting along swimmingly. In fact, Woody is considering not returning to Andy’s. When he overhears Al is preparing to ship him and the other Round Up toys off to a Japanese museum, a decision to stay or go is based on a matter of time. However, as he comes to find out, a decision has already been made for him.

Originally planned as a direct-to-video 60-minute sequel, Disney execs felt confident in the success of a feature length theatrical release after viewing pre-production imagery. With the rapid growth of technology in the 90’s, the graphics employed just two years earlier in Toy Story, now looked dated in 1997. Nevertheless, even kid’s movies are subject to childish disruptions.

Pixar’s five film deal with Disney went sour when the animation company believed Toy Story 2 should count as one of the pictures. Disney, on the other hand, firmly believed sequels existed independently, like Aladdin’s King of Thieves and Return of Jafar. After a fierce disagreement between Disney CEO Michael Eisner and then Pixar CEO Steve Jobs, production was halted. The animation company eventually conceded, but not without leaving an ominous mark just before production.

Despite still being sore over the pre-production dispute, John Lasseter once again filled the director’s chair for Toy Story 2. Splitting time between A Bug’s Life, editor Lee Unkrich and animator Ash Brannon assisted Lasseter with direction of the film. Needing to extend the story from 60 minutes to 90, the three men, along with Mulan writer Rita Hsiao, knew additions could not feel like simple buffering. Meeting up at Lasseter’s home for a “story summit,” the team re-hashed ideas from the original Toy Story, from the Buzz Lightyear video game, to new innovations, like changing Senorita Cactus to Jessie the Cowgirl.

With an excessively hard deadline, Lasseter and the Pixar team worked seemingly endless days to finish Toy Story 2. Steve Jobs appealed to Disney for later release dates, but even they were hamstrung by the strict deadline given by merchandise manufacturers. As the documentary, A Pixar Story, points out, young animators worked themselves to the bone finishing the film, even causing one employee to forget to drop off his child at day care.

Thankfully, none of the effort on Toy Story 2 was in vain. Released in 1999, it was the year’s highest grossing movie; far surpassing it’s predecessor and competing with The Lion King, the most successful animated feature of the time. (Finding Nemo later eclipsed both films in 2003.) Critical response, which is predominately negative when sequels are concerned, also lauded the film. Roger Ebert, giving the film three and a half stars, remarked, “I forgot something about toys a long time ago and ‘Toy Story 2’ reminded me.”

Viewers ask a lot from sequels – as they should. The idea of continuing beloved characters strikes fear into any moviegoer. Thankfully Toy Story 2 does not disappoint. What makes the film, and the entire franchise, so successful is a reliance on our nostalgia. Since we have an inherent relationship with the characters – who doesn’t remember their favorite toys – the only necessity left is validity. That is where Pixar hits the mark, time and time again. Without a true understanding of our childhood, such dependence could not exist.

Toy Story 2 enjoys that rare status of surpassing the original work. This could not be accomplished without passionate people working behind-the-scenes. Along with excessively long image-rendering periods, some projects taking as long as 70 hours to complete, animators stuffed every corner with an allusion to Mickey Mouse, Pixar short film characters or the cast and crew. Wouldn’t it be great if every movie contained this much depth? When rumors of Toy Story 2 began circulating, Lasseter knew he wanted to continue directing the series, especially after seeing a child’s excitement over a Woody doll. “It all came home at that point. I realized how these films really touch people.” Passion truly does pay off.

In a franchise that is dependent on childhood, albeit an inverted one, Toy Story 2 does a fine job not wearing out gimmicks. Most children’s films assimilate viewed humor for adult audiences, but Disney and Pixar manage to bypass that. Toy Story 2 is strong and subversive enough to appeal to everyone, young and old, while not losing any of the fun. 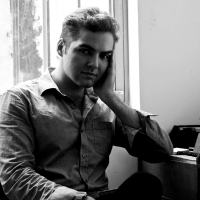 Toy Story 4: Inside The Most Important Day of Woody’s Life