It is a truth universally acknowledged that any single woman in the world must be in want of a partner. Even though we are living in the third millennium, society has remained marriage-minded. With this premise in mind, How to Be Single tries to depict the perks of ladies who live life with no strings attached. But unfortunately, despite this interesting sociological phenomenon being an excellent starting point, clichés take over.

Understandably, comedy often grounds itself on stereotypes. But How to Be Single is utterly spasmodic storytelling that relies on vague girl power subplots.

In the meantime, Alice’s older sister Meg, a Manhattan workaholic obstetrician, embarks on the adventure of being a single mother by getting pregnant with a sperm donor before meeting her sister’s colleague, Ken.

In the midst of bar-hopping, Alice’s and Robin’s paths soon cross with that of bartender Tom, an unabashed bachelor interested only in one-night stand encounters. He becomes Alice’s advisor on the ways of commitment avoidance. Tom also strikes up a friendship with Lucy, a hyper-intense woman intent on using algorithms and Excel spreadsheets to immediately find and settle down with Mr. Right. While Lucy searches for a soul mate online, Alice keeps in touch with Josh (who’s now dating a new woman) and briefly hooks up with both Tom and single dad David.

The chaotic patchwork of diverse characters, who have a different attitude toward being without a partner (the free spirit, the romantic in search of herself, the party girl), is developed on a two-dimensional level. The complexity of womanhood, the nuances of being a whole person alone is blackened by commonplace. In the end all our female characters seem to prove is that you cannot be happy when single. This long journey through the state of being without a partner is exploratory to get to a destination relationship.

The film’s director (a man) — Christian Ditter — had explained that his intention was to give a snapshot of singlehood today: “A lot of movies that deal with men and women, and dating are about finding the right one. But this is not that; it’s about embracing the most fun and free time of life while you’re also finding your place in the world, finding friends, finding out what you want to do with your life,” he said. The 38-year-old filmmaker — whose previous work includes Love, Rosie — grasps the way being single is considered a transitory phase before settling down and how we must learn to enjoy our own company.  But his characters lack empathy since the female perspective is reduced to a mockery of feminism where women express their assertiveness through casual sex and a foul mouth.

How to Be Single was adapted from a novel by Liz Tuccillo about a book publicist in her 30s who then quit her job to travel the world and interview women about their experiences flying solo. It depicts how the single years can be some of the most productive and liberating times of your life, because you are exploring what you want to do in the future and you are gaining confidence while making your own rules. As Charles Bukowski once said, “There are worse things than being alone. But it often takes decades to realize this. And most often when you do, it’s too late. And there’s nothing worse than too late.” But none of this sensitiveness is in the screen adaptation. Nevertheless, How to Be Single will surely be a major hit at the box office for the ladies who do not have a date on Valentine’s Day and feel compelled to manifest sisterhood. 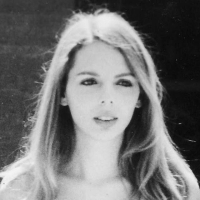 How To Be Single review

Sleeping with Other People Review

Batwoman Season 2: What to Expect