When news of an Evil Dead television series first broke out, I was hooked before I saw one minute of the show. Bruce Campbell was set to reprise his role as Ash Williams, a deadite killing, smart-talking, boomstick-wielding wise guy, and to basically any horror fan with half a brain, it was a dream come true.

Sam Raimi working with Bruce Campbell again in a TV series focused on chainsaw hands with copious amounts of blood and gore couldn’t possibly let anyone down. More importantly, this wasn’t a spinoff or reboot, but a full-on Evil Dead revival. It didn’t let me down. Not in the slightest.

But it did do something completely unexpected, which many fans did not take into account going into the series. Ash vs Evil Dead has changed the shape of the entire franchise from this point on.

The most glaring way that the universe in which Ash conducts his self-centered, lazy business has changed is by the lack of any mention whatsoever of Army of Darkness. Apparently, so the story goes, the rights from Universal could not be acquired, nor did the producers want to necessarily acquire the rights. If anything, they reasoned, it would put more red tape on the show than what was needed. Bruce Campbell has stated that if Universal was to get involved, they’d have a say in more things than what was needed to create a quality Evil Dead story.

And look, at this point in the series, Ash isn’t going back to the Dark Ages. All referencing Army of Darkness could possibly do would be to add more backstory to Ash’s already convoluted and traumatic history.

For years, it seemed that an Army of Darkness 2 or Evil Dead 4 was imminent; all one has to do is Google it and find numerous pieces of evidence for that, such as this article. So, if there were talks to do a sequel, what happened? Bruce Campbell has said in the past that him and Raimi had too many ideas to fit into just one movie, thus provoking them to walk over to Starz, a company which would allow all the violence from a feature-length production but in a 10-episode series.

If the rights for Army of Darkness were never secured from Universal, it may or may not mean that…take a deep breath before reading this…Army of Darkness, in regard to the universe in which Ash vs Evil Dead takes place, is no longer canon. How could this be? How could Ash return from the damn Middle Ages and just never speak of it again? He makes up enough stories in the series to get laid. Referencing his valiant quest of Deadite slaying would on serve to help him in his new valiant quest of…well, getting laid and drinking beer.

While Disney put a press release explaining that they would smash the Star Wars Expanded Universe into smithereens, the Evil Dead franchise took a more subtle route: by simply ignoring Army of Darkness. Pretending it was never there. Brushing it under the moldy, bloodstained rug, if you will.

That fact alone is very strange, but stranger still is how Ash actually uses terms from the third Evil Dead installment, such as his “boomstick.” Furthermore, scenes from Evil Dead 2 are seen throughout the show, being that the showrunners were able to obtain the rights, and at the end of that film, Ash still goes back in time. Bruce Campbell has stated that although they couldn’t get the rights to directly reference anything from the film in the series that Ash, in some way, shape or form still had that experience he had in Army of Darkness.

So, what was it? Was it a dream? Did Ash suddenly wake up after the rift into another dimension was opened to a cabin filled with dead friends? Sadly, these questions may never be answered; one may have to leave it all up to speculation until the end of time…or, at least, when Universal grants the Ash vs Evil Dead crew permission to talk about Darkness in the series itself. It seems that even Mr. Campbell is having a hard time reconciling the fact.

While you can debate the fact that continuity has never been the franchise’s strong point, it’s still too big to overlook. Yes, Evil Dead 2 pretty much rewrote the story of the first Evil Dead film. The second installment completely ignores the existence of the first…it completely retells the story of the entire first film in fifteen minutes or less, with new actors playing the same characters. That’s still a lot more reasonable than ignoring the fact that the guy went into some sort of time-travelling adventure.

Then again, don’t rule anything out, either. Regarding the future of the back-to-the-future of the series, Bruce Campbell had this to say in an interview with Entertainment Weekly:

“I would just say just don’t be surprised if it does happen because it has happened. So I would say that would be on the table as well. Especially, once you get into a series, your stories have got to cover you for five freakin’ years, you know what I mean? We’re having the discussions with the writing team now where we’re like “Okay, season 2!””

After all, the series has to go somewhere in future seasons. Why not hop around time? It is fantasy, after all, and anything can happen. Even a man chopping off his own demon-possessed hand and replacing it with a chainsaw.

Aside from the continuity issues, the show did something almost impossible: it added a layer of depth and humanity to a franchise in which most of the appeal is watching new and hilarious ways to kill victims of demonic possession. How did it do this? With the introduction of Pablo and Kelly.

No longer does the franchise only have one main point of interest in the form of both Ash Williams (and his trusty sidekick, his chin). Instead, the show has created a format in which we can get used to having an attachment to more than just Ash;  Pablo (played by Ray Santiago) is a doe-eyed, Ash-adoring, pure hearted and hilarious gift from the Horror Gods to all of genre-kind. Kelly (played by Dana DeLorenzo, as well) and Pablo create a unique team of polar opposites that, mixed in with Ashley Williams, provide for one hell of a team.

Here we are in 2016, discussing chemistry between characters in a franchise which had its roots in a grainy VHS tape called Within the Woods more than 30 years ago. Ash is allowed to show that despite all the killing and selfishness, he actually does have a heart, and he puts it on the line more than once for his friends. The Evil Dead franchise is no longer a show (only) about Deadites and chainsaws, but three people put in a horrible predicament because one of them just really wanted to get laid.

It will be interesting to see how these new characters change in future episodes. Was Pablo destined to be the token Ash-follower, or will he one day be able to stand on his own? And will Kelly ever be able to shake her rough-around-the-edges approach to life? The two characters are incredibly strong in their respective places right now, but as a television show, there is always room for the story to change the people in it. For better or for worse.

In more recent news, it appears that the new characters may have to move over and make some room for some interesting newcomers to the show. After all these years, we’re going to meet Ash’s father, played by Lee Majors, no less. While this news is kinda strange, it’s sure to bring more wackiness to an already crazy series.

Ted Raimi will be around for season 2, as well. Longtime fans will know Ted from his work in previous Evil Dead movies. Maybe he’ll be returning as Henrietta? Hell, anything is possible at this point. It’ll be a full-on family reunion! Full House…but dead!

The end of the first season left many satisfied and hungry for more, and Ash vs Evil Dead season 2 was guaranteed by Starz before a single episode of season one even aired. Which begs the question; where to now? Can this trio survive another ten episodes without getting contrived, unbelievable, or the ultimate nail in any franchise’s coffin…boring?

The first season went off without a hitch and featured a ton of great additions to the universe. But we’re still coming off of a ten-episode high that was extra potent due to the absence of a proper Bruce Campbell Evil Dead release for 20 years. Once the buzz wears off, will viewers still be as welcoming to a second season? Ash vs Evil Dead season 2 will very likely make or break the show as a whole, and I’m praying to the Horror Gods to let it be as good, if not better than the first season.

Which leads to one final question about the franchise: will we ever see another Evil Dead movie, or will Sam Raimi’s focus forever be involved with other projects as the television show grows and evolves around him?

The way things are going, it doesn’t seem likely that there’s going to be a new Evil Dead movie in the near future. All sights have been set on focusing the team’s creative efforts on the next season of the show, and there has been no word from Fede Alvarez, the remake’s director, on whether or not the planned sequel is going to happen. At the time, the remake was more than welcome, a perfectly executed bloodbath that was much needed for the series. The new characters were excellent, especially final girl Jane Levy. However, given the successful return of Ash, an expansion to that film’s universe doesn’t seem as welcome as it once might have been.

Possibly, the franchise may be able to find life on the silver screen once more in a crossover movie featuring Levy, according to Raimi at SDCC last year. This would more than likely be the best route for the series. How many times will movies be wiped over until fans start getting irritated that the stories barely ever connect?

As we’ve already established, continuity is just not something anyone should expect from anything involving Ash Williams. Much like his life, the stories he is featured in seem to be all over the place. And that’s okay; we’re talking about a goofy, crazy series which revolves around demons and one-liners. The more craziness, the better. At this point, it’s honestly a moot point to try and create a definitive timeline. The franchise is nuts. The timeline is wacky. Maybe, though no one could have predicted it at the time, it was supposed to be like this from the start.

There’s more than enough material to keep us satisfied until the new season, including comic books, video games, action figures, and now the TV series. Are we to throw away all of our Army of Darkness comic books and VHS tapes? Absolutely not. Just like the original Star Wars Expanded Universe is no longer considered canon by Disney, there is nothing stopping fans from enjoying that which we have enjoyed for the past 20 years. No television show can ever change that.

Natalie Wood: What Remains Behind Review

All Day and a Night Review: Netflix Movie Aims Too High

No matter how groovy it may be. 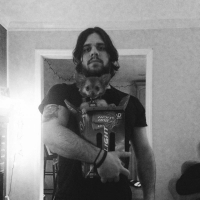 Paul Aloisio is a certified horror fanatic and freelance writer hailing from Long Island, New York. When he's not watching Universal Monster Movies he can be…

More on Ash vs Evil Dead

New Evil Dead Movie Could Happen, According to Sam Raimi

Ash vs. Evil Dead: Bringing Horror Back from the Dead