The old saying goes: “home is where the heart is.” But what if your heart is rotten and prevents you from leaving the baggage of the past behind? This is the question Remi Week’s new film, His House, aims to answer.

Debuting on Netflix, His House is a mashup of drama and horror that addresses what it’s like to enter a foreign land after escaping a war-torn nation and exploring the desperation to fit into a culture that isn’t your own and the horrors that come with it. The third act stifles the narrative ever so slightly, which prevents this good movie from becoming a great one.

Bol (Sope Dirisu) and Rial (Wunmi Mosaku) have escaped South Sudan to seek asylum in England and want to become citizens. Bol is determined not to go back while Rial is tethered to her native land. Their daughter Nyagak (Malaika Wakoli-Abigaba) is no longer with them on the journey, and the parents are filled with remorse.

The couple lives in a dilapidated home that resembles a trap house. Unfortunately, this isn’t the happy home they expect it to be. Evil spirits are inhabiting the walls, and these spirits exploit their emotions. Bol funnels his shame through fiercely becoming an active part of British culture. He begins to see people in his new home walls and then sees visions of the night he and Rial lost Nyagak. He does everything to shed his old skin and is convinced that it will help him get rid of his memories and the spirits in his home, but he is dead wrong.

The script by Felicity Evans, Toby Venables, and Remi Weekes portrays Bol and Rial as natural, human characters who are far from perfect. They are selfish and flat out refuse to take full ownership of their actions, so much so the house is more like a prison than a safe haven.

The atmosphere around these two is grim. The grey wetness of London makes simple trips to the doctor look inauspicious. Every interaction with another human is intimidating, which causes Bol and Rial to confine themselves to the house. Nowhere they go is safe because they can’t escape the lies made up in their head no matter where they go. Mosaku and Dirisu are outstanding actors giving emotional performances and keeping up with the plot pacing.

The ominous score amplifies the sense of dread as the film is self-aware enough to know these two don’t deserve any peace, not even from the music and sounds. Adding to the film’s creepy mood, scenes between their escape from Sudan, the house, and their subconscious all blend together to disorient the viewer. The viewer can’t gauge where they are in the story, which further helps to ramp up the horror.

It’s the third act where a few problems begin to present themselves. A major, emotional reveal has to compete with the introduction of a supernatural entity that sidelines its impact. The film is then rushed to a conclusion before the characters or the audience can process what they’ve learned. This made it hard to decide the characters’ sincerity and if Bol and Rial have genuinely learned from their experience. Maybe this isn’t supposed to be taken literally, as it’s clear the characters are stand-ins for various stages of grief.

Weeks put the dangers of being a refugee and immigration on display and seen through a horror lens. The film explores how a married couple handles the coexistence of the external horrors of war with the subconscious horrors of agony and mourning. Remorse is a heavy cross to bear. The things that plague the mind must be dealt with swiftly to free it of any lingering feelings of anguish. While Bol and Rial look to the future with hope, sadly, that is not the case for everyone. With the appalling levels of xenophobia plaguing the world, immigrant stories are extremely important to convey in all forms of media, especially cinema.

When the viewer steps inside His House, they are stepping into the two restless protagonists’ minds. Moving to a new country is terrifying, especially under the stressful circumstances of war. The sense of alienation that comes with integrating into another culture is stressful. Pair that with immigrating to a country that doesn’t value your existence as a human. You have to tread lightly, as every step you make can be seen as antagonistic and get you sent right back to the country you’re fleeing from. When compounded with the baggage of your own misdeeds and failings in your past life because you’re in denial, well, that’s the real horror. 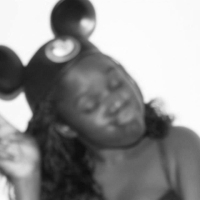 Meet the Monsters of Lovecraft Country

“God God - Whose Hand Was I Holding?”: the Scariest Sentences Ever Written, Selected by Top Horror Authors

Dialect Coaches on Actors and the Best and Worst Accents