How can a high-maintenance pet turn into an uncontrollable yuletide terror by just adding water? Forget it, Billy, it’s Chinatown.

The historical identification of Christmas as a time of family togetherness and traditional values is apparent (perhaps oppressively so) in every holiday movie from Hollywood’s Golden Age. As we all know, though, since that time the season has increasingly become associated with depression, disaster and general despair, as is evident from National Lampoon’s holiday hijinx on forward. Joe Dante’s 1984 Gremlins is one Christmas classic that addresses the holidays the hard way; as likable lead Billy Peltzer tries to court his prospective paramour Kate with seasonal cheer, she shoots him down with a shout out to the seasonal affective disorder set: “While everyone else is opening up their presents, they’re opening up their wrists.” As if in response to her ominous outburst, when an unusual creature breaches the young would-be lovers’ town borders, they’re in for a world of holiday horror.

The all-American Gremlins opens on a riskily florid portrayal of Chinatown, where we meet Randall Peltzer (country and western singer-songwriter Hoyt Axton, who coincidentally composed the Christmas classic Joy to the World), a traveling salesman whose devotion to disseminating his own barely-functional inventions has taken him from Small Town USA to Chinatown NYC, too dangerously close to Christmas for his family’s liking. Hoping to pedal his dysfunctional wares in “some little junk store” of an astoundingly mystical nature, Rand finds himself face to furry face with an animal he’s never seen before – and the perfect gift for his son Billy.

Back in Kingston Falls, “USA” (just so we all relate), Billy Peltzer (affably nerdy Zack Galligan) battles the economic depression and assault on historic landmarks in his small town from behind the counter of the local bank, where his beautiful best friend Kate (Pheobe Cates, providing the expected overdose of charm) also toils; the two twenty-somethings are still living with their respective parents to protect their clans from poverty. If the sleepy dignity of Kingston Falls resembles closely George Bailey’s town of Bedford Falls, it’s probably no coincidence; It’s a Wonderful Life is only one of a horde of films playing on TVs and movie screens almost continuously throughout the duration of Gremlins, whose movie references range from clips of the aforementioned Jimmy Stewart Christmas classic and Invasion of the Body Snatchers, to visual gags about everything from film noir to Flashdance, to cameos by entertainment icons from Chuck Jones to Robbie the Robot. Although these are the trappings of an exercise in ironic meta-ness (and this is hardly out of the question, what with the carnage including the monsters tearing through movie screens and taking over TV sets) Gremlins seems to employ these things to create an atmosphere of nostalgia and to evoke a past that ought to remain uncorrupted. However, when Billy Peltzer’s Pop comes home from his tour of duty with his ambitious update on the family dog, he finds out that his own innocent disposition is a double-aged sword.

The Peltzers’ house is dominated by Rand’s hare-brained inventions: a bathroom in Swiss Army format; a cannibalistic chicken-shaped egg cracker; an electric artichoke; and a violently unpredictable juicer. But the novelty of his innovations is about to disappear in the face of the family’s newest addition, the irresistible (and eminently toyetic) “Gizmo.” The Peltzers, along with the greater citizenry of Kingston Falls, offer the creature, heretofore unknown even to popular mythology, a bizarrely faithful welcome into their world. Inevitably each new person it meets asks “What is it?;” yet “It’s a mogwai” is, for whatever reason, all the information anyone needs. Even one extra question might have uncovered the Cantonese meaning of the name, which is, roughly, “demon.” But maybe further investigation seems so unnecessary because it is so adorable. Billy’s new seemingly mammalian, genderless, bipedal pet comes with an important set of instructions: keep it away from bright lights which will kill it; don’t get it wet; and no matter how much it cries, no matter how much it begs, never, ever feed it after midnight. Little explanation is provided for the rules that the mogwai does not share with vampires. But in all fairness, it is probably much easier to accept a secret allergic-to-water animal previously unclassified by science that somehow lives its life on a planet covered by 71% by water and inhabited entirely by water-based and water-dependent organisms, when said animal has giant floppy ears, huge doe eyes and a little flaring button nose couched in a teddy bear-like body of fluffy brown and white fur (all courtesy the overwhelming talent of monster-maker Chris Walas, of The Fly and Naked Lunch fame). It speaks rudimentary English (with the aid of Howie Mandel and various vocal talents), converses in Chinese, doesn’t need baths, sings with perfect pitch (thanks in part to Jerry Goldsmith’s unforgettable music for the film) and delights everyone who meets it. What could possibly go wrong??

The same naiveté  that Kingston Falls’ populace (including a host of familiar faces from Corey Feldman to Judge Reinhold) shows in their unquestioning acceptance of the mysterious mogwai causes their insufficient concern regarding its care. Being that the film does in fact take place on the planet Earth, Gizmo comes in contact with water sooner rather than later and undergoes an apparently painful and alarmingly revolting asexual reproductive process, with spherical proto-mogwai popping off of its body and expanding into new ones. Now that Billy has a litter of pups in a box that a more cynical farmer would know what to do with, he finally begins to become curious about the nature of the little beasts and takes one down to the only authority of which he seems to be aware; the unphased high school science teacher, who keeps the mogwai overnight to “run some tests.” Billy’s burgeoning responsibility emerges too late in the game, though, and the movie takes a turn from cartoonishly cutesy to the gruesome frightfest one might expect from the director of the original Piranha. As the mogwai multiply beyond control and take up residence in a variety of locations across town, it becomes impossible to monitor their after-midnight food intake and after emerging from a foul, slimy “pupal stage” the mogwai are both many and monstrous.

Though she has relatively little screen time, Frances Lee McCain as Billy’s mom Lynn Peltzer easily joins the ranks of scream queens Jaime Lee Curtis and Adrienne Barbeau in a spectacular scene of domestic carnage that made the case for a beleaguered producer Spielberg to advocate for the creation of the PG-13 rating to appease hordes of outraged parents. The PG-rated Gremlins has an on-screen human body count of no more than three (not including a few more ambiguously fatal attacks), which passes with very little bloodshed; however, the more general gremlin-related carnage, which ranges from mass consumption of unpaid-for candy to vehicular manslaughter and rending flesh with razor-like claws, is outdone easily by the severity of the violence against the gremlins. After having received a distress call from her son at the newly infested high school, Lynn discovers a nest of recently ruptured, phosphorescent Alien-like eggs from which the mogwai have emerged post-midnight snacking. What they have become is the substantially less sympathetic, lanky, lizard-like gremlins, who promptly embark on a chaotic rampage, beginning with the Peltzer family home. Lucky for Lynn, the shock of this discovery leaves her maternal instincts intact and Mama Peltzer makes her own metamorphosis into a blade-wielding badass, ridding her home of the monsters in a whirlwind of intense ultraviolence. Throughout the film, the monsters are stabbed, blended, blown up in a microwave, burned and bombed, often with attendant geysers of green gue that come as a shock in what has heretofore appeared to be a fairly gentle children’s movie.

Gremlins is the second collaboration between Joe Dante and Stephen Spielberg following their work together on the anthologic The Twilight Zone: The Movie, and one wonders if the two creators weren’t inspired by contributing director George Miller’s update of the episode in which William Shatner is terrorized by a gremlin on the wing of his airplane. In accord with the air of nostalgia cast over Gremlins, the very idea of the creature dates back at least to World War II as a particularly fanciful expression of our fear of the Kremlin. In the present film, the audience is reminded of this mythology by the lovable town lush, a doomed Dick Miller (instantly-recognizable and beloved genre staple who has appeared in everything from The Terminator to Pulp Fiction), whose paranoia about invading foreign gremlins enables him to name the vicious creatures on sight as the town takeover begins. Joe Dante’s version of the myth, wherein the invasion is abetted by the seduction of the mogwai, is much more dangerous than a standard monster attack, as Billy, Kate and the unmorphed Gizmo discover when grappling with Kingston Falls’ Keystone-like cops (including a young and fully-coifed Jonathan Banks, of Breaking Bad fame) and becoming a meager force for homeland security.

Although the lethal light of day finally pours in over the last stronghold of the devastated gremlin ranks with results that should please the most seasoned gorehound, the chaos has been so extreme that Christmas is still cancelled and the Peltzers learn a much-needed lesson about responsibility, with the only consolation prize being a promising goodbye from Gizmo to Billy, with an implied “just for now” from the Chinatown shopkeep who comes to repo the mogwai. Kate’s downer disposition has been validated in prodigious proportions by the Peltzer family’s mistakes, but can this intimate ordeal translate into a Dickensian life lesson for the world at large? Only Gremlins II will tell . . . 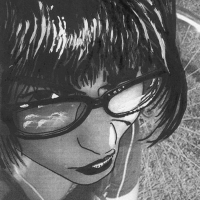 Claire Donner graduated from Bard College with a degree in Art History and has since imported that solemn, stiff upper-lipped sensibility to writing and research for…

The Best Christmas Movie Soundtracks of All Time

Why Gremlins 2 Is Better Than the Original

Gremlins 3 Was Almost a Legacy Sequel

New Netflix Christmas Movies in 2020 Ranked from Best to Worst