Soccer fans have another reason to rejoice this week aside from the fact that we’re only days away from the world premiere of FIFA 21. Electronic Arts officially announced the long-anticipated soundtrack for the latest installment of its widely popular soccer video game series.

The official soundtrack, which can be streamed on Spotify, Apple Music, and Deezer, features over 100 artists from 23 countries and blends grime, electronic, and hip-hop music. Grammy Award winner Dua Lipa, Brazilian pop star Anitta, Charli XCX, Disclosure, and Stormzy are among the artists celebrating the world’s game this time around.

The VOLTA game mode soundtrack even includes a cameo from late American rapper Mac Miller, whose track “Blue World” comes from his posthumous album Circles. And there’s additional good news for Miller fans and those who play VOLTA: FIFA 21 gives players the option to listen to both soundtracks across all menus and modes.

“At a time when our shared connections mean more than ever, the soundtrack to EA SPORTS FIFA 21 defines global culture like never before,” said Steve Schnur, president of music at EA, in a press release. “The days of borders – musically speaking – are gone. Our soundtrack goal is to change the way players around the world hear and experience football and introduce them to new music that will change their lives.”

EA is also celebrating the FIFA 21 world premiere on Oct. 1 with a live stream event that will feature 40 of the artists on the game’s soundtrack. The performers, which include Dua Lipa, Diplo, and Anitta, will “come together on their respective channels” to mark the world premiere of the game. EA has also teased “in-game giveaways” during the event.

“Brazil is known worldwide as ‘the land of futebol.’ For me, it’s a dream to have ‘Me Gusta,’ which combines quintessential Brazilian sounds like Funk, Pagodão, and Arrocha, featured on this soundtrack – to be able to bring some of our Brazilian flavor around the world via this incredible game,” said Anitta in a statement.

Despite the game’s official Oct. 9 launch, fans who preordered the Ultimate or Champions edition have a three-day early access period allowing them to begin playing on Oct. 6. EA Play subscribers have a 10-hour play window beginning on Oct. 1 and will be able to directly take part in the FIFA 21 world premiere. 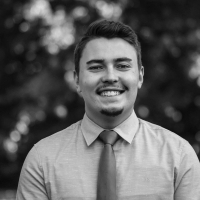 How NFL Blitz Became the Best Arcade Football Game Ever Made