In the opening moments of Dario Argento‘s Phenomena, a young traveler stumbles through the woods, abandoned by her tour bus. She finds a house and enters, looking for help. That’s a mistake. A serial killer stabs the teenager repeatedly with a pair of scissors, then shoves her through a second-story window.

It’s a brutal and strange beginning to an even stranger movie, and it’s a perfect jumping off point for one of Argento’s best films. It’s also the inspiration for Scissorman, one of the most memorable villains in video game history and the star of 1995’s unsettling survival horror point-and-click adventure Clock Tower.

Clock Tower may not be a massive franchise like Resident Evil or Silent Hill, but it’s just as terrifying as either of those games. In hindsight, Clock Tower is also uncannily prophetic about survival horror’s future. Recent Resident Evil games turned into schlocky action titles, not horror games, before Resident Evil 7 and Resident Evil 2 reverted the franchise back to its roots. Silent Hill is all but dead following the collapse of Guillermo Del Toro and Hideo Kojima’s reboot, Silent Hills. And yet, in the past half-decade or so, more and more games are playing with the ideas that Clock Tower first explored over twenty years ago.

While historians consider the Japanese role-playing game Sweet Home the first real survival horror game, it’s really Infogrames’ Alone in the Dark that set the standard for future games of the genre. Like many of the survival horror games that followed, Alone in the Dark uses fixed camera angles with pre-rendered backgrounds and 3D models to create a spooky, cinematic atmosphere—an impressive technical feat back in the early 1990s.

Mechanically, Alone in the Dark borrows liberally from point-and-click adventure games, with much of the tension coming from managing the player’s limited inventory, and solving puzzles by using the right objects at the right time. There’s some fighting, but it’s not always effective. Many enemies can’t be beaten via traditional punches and kicks, and mundane tasks like walking down a hallway or opening a book are just as likely to kill you as Alone in the Dark‘s supernatural foes.

Resident Evil, which debuted in 1996, follows Alone in the Dark‘s template almost exactly, even adapting the same B-movie tropes as its predecessor. Silent Hill, which hit the PlayStation a few years later, uses fully 3D environments and focuses more on Lynchian surrealism than jump scares and gore, but follows the same basic model.

Meanwhile, Clock Tower, which came out a year before Resident Evil, takes Alone in the Dark‘s gameplay back to its adventure game roots. Clock Tower is, quite literally, a point-and-click adventure game. Players control the main character using a cursor, even though Clock Tower was built specifically for the gamepad-equipped Super Famicom (Nintendo released a mouse peripheral for the Super Famicom, but Clock Tower doesn’t use it). While Resident Evil gives characters Chris Redfield and Jill Valentine a full arsenal and features a robust combat engine, Clock Tower‘s hero can’t fight at all. In order to survive, she has to hide until the danger passes.

Clock Tower derives most of its tension from that kind of vulnerability. That makes sense, given its influences. Clock Tower‘s main character, an orphan named Jennifer Simpson, looks and dresses exactly like Phenomena‘s hero, Jennifer Corvino (played by a very, very young Jennifer Connelly). Most of Phenomena takes place in a Swiss boarding school. Clock Tower unfolds in a sprawling Norwegian mansion. In Phenomena, Jennifer is hunted by a deformed, blade-wielding child, whose diligent mother covers up his crimes. Clock Tower never gets quite as weird as Phenomena—in the film, Jennifer teams up with an entomologist and a chimp and has a psychic link with insects—but in terms of overall plot and tone, they’re very, very similar.

Bleeding Edge Review: Not an Overwatch Clone but Not an Innovator Either

Ori and the Will of the Wisps Review

As Jennifer, Clock Tower players must explore the labyrinthine “Clock Tower” mansion in order to rescue Jennifer’s friends and escape before a murderous little tyke (technically named Bobby, but more commonly known as Scissorman) kills them all. As mentioned before, Jennifer can’t fight. If Bobby (or one of the Clock Tower’s other assailants) gets too close, players can defend themselves by mashing the B button, but that only grants a temporary reprieve. Worse, after a close encounter, Jennifer panics. While panicked, Jennifer is more likely to fail at future attempts to protect herself, and tends to trip and fall while running away from her attacker. The only way to calm Jennifer’s nerves is to find a quiet and safe place and rest—which leaves her open to unexpected attacks.

No, it’s much better to avoid Scissorman entirely, either by finding a hiding space or by using one of the many traps scattered around the mansion. Unfortunately, planning the perfect route through the house isn’t always easy. In Clock Tower‘s most masterful and devious twist, Scissorman’s attacks are completely random. You never know when or where he’s going to strike.

That gives Clock Tower a sense of both entrapment and relentless pursuit, which are Argento’s trademarks. Sure, Phenomena is gory, but its horror doesn’t rely on jump scares or shock value. In Phenomena, Jennifer’s teachers want to lock her up in an asylum. Her father’s agent won’t give her the money she needs to return home. A potential savior tries to drug Jennifer, then locks her in the house with the killer. The more that Jennifer tries to escape, the more trapped and vulnerable she becomes.

Clock Tower taps into the same kind of tension—something that other games are only starting to explore. The developers behind the 2014 game Alien: Isolation, which features a similarly unpredictable antagonist, cite Clock Tower as one of their main inspirations. Slender: The Eight Pages and its sequel, Slender: The Arrival, both star a villain who can teleport at random, and whose attack patterns change as the game progresses. Other modern horror classics, like Amnesia: The Dark Descent, Outlast, and SOMA, continue to practice this discipline of making the player feel helpless to terrifying effect.

Read More: 10 Horror Games from the ’80s That Scared Us

Scissorman’s random attacks aren’t Clock Tower‘s only modern feature, either. The Clock Tower mansion isn’t procedurally generated, but its layout changes with every playthrough, and the item’s locations are different every time you start a new game. Everything that you do matters, too. As in the PlayStation 4 exclusive Until Dawn, supporting characters die if Jennifer makes the wrong choices, changing the story on the way to one of nine potential endings.

Clock Tower isn’t perfect, of course. The point-and-click interface isn’t a great fit for a console controller, and the mansion’s layout—which is presented in 2D, but maps to a 3D space—can be confusing to the point of frustration. As a Japanese-exclusive release, it’s also impossible to play in English without dirtying your hands with emulators and an (excellent) fan-made translation. Still, for survival horror fans, Clock Tower is an essential play—not just to see where the genre came from, but also to catch a glimpse as to where it might be headed.

Christopher Gates is a freelance contributor. Read more of his work here. 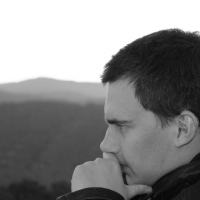 Christopher Gates is a writer and geek culture critic from Los Angeles, CA. In his spare time, he watches too much baseball, reads too many comics,…