The Metroidvania genre has seen a resurgence in the past few years, thanks to the rise of the indie gaming market. In fact, recent titles such as Ori and the Blind Forest, Guacamelee!,and Risk of Rain have brought this style of play to a new generation of gamers. Similar to classic series Castlevania’s gameplay mechanics, these games rely on side-scrolling action-platforming as a cornerstone of their levels.

But Castlevania didn’t invent the Metroidvania genre alone. In fact, the biggest contributions to the genre came from the first half of the term: Metroid. Released on August 6th, 1986 for the Nintendo NES, Metroid introduced an open-world action-sidescrolling adventure heavily inspired by the Alien film series. Taking on the role of Samus Aran, the game tasked players with advancing through the otherworldly Zebes in the hopes of defeating the Space Pirates, who want to turn the Metroids into weapons of mass destruction. To that end, the game encouraged players to explore Zebes by making certain areas inaccessible until players found ability upgrades for Samus.

Despite Metroid’s short length, the game revolutionized the action-platformer industry by challenging the linear gameplay format, one that Castlevania had relied on for years. Metroid introduced non-linear backtracking, which stripped players of the comfort of A to B objectives, forcing them to explore a hostile alien world through trial and error.

When former Konami assistant director Koji Igarashi began development on the PlayStation’s Castlevania: Symphony of the Night, he knew immediately that he had to change the way Castlevania was played.

While the series had experimented with non-linear level design since Castlevania II: Simon’s Quest, Igarashi put an even bigger emphasis on exploration for Symphony of the Night. The developer wanted to make Symphony of the Night a game with tons of replay value that players would enjoy for a long time. His hope was that fans would be enticed to explore new areas they might have missed in their first playthrough.

Speaking at a GDC panel in 2014, Igarashi was actually inspired by The Legend of Zelda‘s open-world exploration when creating the game’s massive castle. Certain areas of Symphony of the Night‘s castle were inaccessible at first, forcing players to venture through levels to unlock new sections. Players were rewarded for exploring by finding special items and power-ups they might have otherwise missed. Combined with the introduction of RPG mechanics, such as a leveling system designed to make the game easier for newcomers, Symphony of the Night took off because it added a sense of mystery and depth to its Gothic world.

“I figure it’s the excitement of enjoying the adventure, mixed with gameplay that’s easy to get comfortable with,” Igarashi told Gamasutra in a 2015 interview. “I think the exploration element makes you feel like you’re moving the story along yourself a lot better than with titles divided into stages. That, and I think having character-growth elements allows gamers to enjoy the story right up to the end.”

Today, Igarashi is working on Bloodstained: Ritual of the Night, a spiritual successor to Symphony of the Night, expanding on the original’s exploratory role-playing game mechanics by adding a new crafting system. But even Igarashi knows that Symphony of the Night cannot simply be recreated over and over again. “[T]he things considered essential today are different from the past,” he replied when Gamasutra asked him how to create a good Metroidvania.

Merging Metroidvania mechanics with the traditional roguelike, Risk of Rain, is one example of an indie game reinventing the genre. The title was developed by Hopoo Games while the team’s two developers were studying at the University of Washington. The game tasks players with navigating through a strange foreign planet, finding portals that will eventually lead them to their character’s crashed ship. An alien onslaught stands in the way of the player’s progression, with levels becoming progressively harder based on a timer, which increases the game’s difficulty every five minutes. Speed through the game, and the difficulty stays relatively low. Take your time, and you’ll be lucky if you stay alive. This take on the genre is simple enough, and quite addicting.

On the surface, Risk of Rain doesn’t seem all that inspired by Castlevania. After all, the game is largely a sci-fi permadeath action game with a race-against-the-clock gameplay mechanic. But the game truly succeeds by reimagining the fundamentals of Symphony of the Night‘s game design, and repurposing them into a roguelike. The original platforming is there – the game relies heavily on players’ ability to jump across platforms and position themselves to attack enemies – as well as an emphasis on collecting items to advance through the game. There’s also a focus on strange and fantastical enemies: aliens, in this case. Not to mention, both games have punishing difficulty levels.

But compared to a Risk of Rain‘s roguelike twist, Castlevania is relatively forgiving. When players lose all of their lives in Castlevania, they’re sent back to the start of the level block in which they’re currently progressing through. Sure, the player has to repeat a few levels, but at least they don’t lose all of their progress. That’s not the case in Risk of Rain. When players lose their first and only life, the game is over. There’s no second chances on Hopoo’s alien world.

Whereas Castlevania emphasizes weapon substitutions and raw skill with a single player character, Risk of Rain‘s items are built to stack on top of one another, snowballing into a powerful character build. There are also multiple characters to choose from. The result, of course, is a game that feels reminiscent of Castlevania, but also follows its own path.

As with most genres, there’s a lot of variety among Metroidvania games. To some extent, that’s extremely necessary. Igarashi warned Gamasutra that the Metroidvania is never going to be a breakout genre. It will always appeal to a “core contingent of fans.” Instead, he felt the real strength behind the Metroidvania genere is its flexibility.

“In terms of the games themselves, of course, the ways you can think about it are limitless,” he said. “If developers can find more ways to present [gameplay], then they’ll be able to do more things.”

Guacamelee! does just that. Breaking from the serious tone of Symphony of the Night and Risk of Rain, the game takes on a colorful visual and musical style largely inspired by Mexican culture. Cast in the role of the Mexican agave farmer Juan Aguacate, the game follows Juan’s resurrection as a luchador bent on saving El Presidente’s daughter from the clutches of the hellish Carlos Calaca. The game is as quirky as the premise sounds.

Guacamelee! is inspired by Symphony of the Night in a variety of ways, from its open-world map to its action-platforming. But Guacamelee! stands out through its sense of humor. There’s something legitimately funny about pummeling a skeleton up and down in the air, or watching Juan jump and grunt over several flights of platforms. That humor particularly shines through the game’s non-playable characters. Take X’Tabay, Carlos’ flirtatious ex-girlfriend. She’s unafraid to be open and forward about her sexuality, laughing at her own double entendre about “petting.” Hearing her sultry attempts to flirt with Juan turns her from a ho-hum first boss to a memorable force in the game’s world.

When Igarashi said “the things considered essential today are different from the past,” he didn’t just mean whether a game has brand new controls. He also meant its creative direction, its writing, and what the game’s characters have to offer.

Ori and the Blind Forest is interested in Metroidvanian storytelling as well, but in a completely different direction. Released in 2015, Ori and the Blind Forest puts the player in control of Ori, a guardian spirit who partners with the spirit Sein to restore life back into their forest. Like Symphony of the Night, the game relies on a mixture of exploration, puzzle-solving, and ability-collecting to advance through the game’s world. But what makes Ori stand out is its gorgeous setting and cinematic storytelling.

For one, Ori’s levels are organic and fluid in nature. Gone are the floating platforms of Symphony of the Night, Risk of Rain, and Guacamelee!. Instead, every section of the forest feels like a natural occurrence in Ori and Sein’s world, as if the player simply stumbled across another cavern or treetop in the game’s ever-changing ecosystem. The HUD is extremely minimal, too, allowing the player to take in the world without worrying about statistics or health bars on the top and bottom corners of the screen. Most of the story is told directly through the player’s exploration and interaction with the environment. Ori and the Blind Forest leaves behind clunky JRPG storytelling mechanics for a style that mirrors cinematic narratives.

When Igarashi pointed out that “things considered essential today are different from the past,” he didn’t mean “kill the past.” He understood what made Symphony of the Night so successful, which is why the basic core behind Symphony of the Night is coming back to Bloodstained, too. Rather, Igarashi was telling developers that they need to take these gameplay elements and reshape them for an industry that has embraced cinema, humor, rich storytelling, and high-risk gameplay. It’s not enough to simply create a game. One must learn how to be innovative, too.

As Igarashi told Gamasutra, the biggest question developers need to ask themselves is “How are you going to take what you think is interesting about the game and communicate that to other people?” Symphony of the Night successfully did that, and today’s Metroidvanias have been answering that question in their own way. And while each Metroidvania may appeal to a different kind of player, they are all driven by one desire: bring something new, something unique, or something memorable to the table. That is ultimately Castlevania‘s greatest legacy. 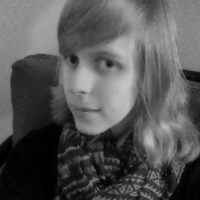 Castlevania: Symphony of the Night & the Importance of the Gothic Horror Genre

Castlevania Rises from the Grave

How Dark Souls Became Its Own Genre