Donald Trump often comes off as so ridiculous and malevolent as to be an over­-the-­top Silver Age super villain, but sadly he is very much an actual person­­. And even if he did appear in the pages of comic books as other flesh and blood menaces have done, Captain America probably couldn’t get away with punching him in the face without facing a hefty real-­life lawsuit.

But despite this, Trump still has a distinct connection to the comic book world, and it comes in the form of cold hard cash. On Thursday night, at a veterans fundraiser he hosted instead of attending Fox News’ umpteeth Republication presidental debate, Mr. Trump announced that Marvel CEO Ike Perlmutter and his wife Laura have donated $1 million of their own money to the Iowa event. “The Perlmutters are thrilled to support their friend Donald Trump in his efforts to help veterans,” their rep confirmed.

The money thankfully won’t go directly to Trump or to his campaign; instead it will be dispersed among the ​22 different veterans organizations​ that partnered with Trump for the event. But given how easily one could donate the same amount of money directly to veterans charities without going through the rigmarole of a political fundraiser, the Perlmutter family’s decision to donate on behalf of a presidential candidate who publicly denounced that seemingly all Mexican immigrants as rapists and who has threatened to ban Muslims from entering the country has given a lot of comic book fans pause.

Ike Perlmutter’s name probably doesn’t come as easily to casual fans as Stan Lee’s, Jack Kirby’s, or even current Marvel studio president Kevin Feige’s name does. This is understandable, considering his secretive and private nature. He’s not listed on Disney’s website the same way that the heads of Pixar and Lucasfilm are; he prides himself on never giving interviews, and he even ​reportedly​ attended 2008’s ​Iron Man​ premiere in disguise. But comic insiders know him all too well as the miserly billionaire who first became CEO of Marvel in 2005, and who still remains a thorn in Disney’s side since their $4 billion acquisition deal ­­- although a somewhat less thorny one these days.

Like his connection to Trump, Perlmutter’s grasp on the comic book industry is entirely based in money. Toy Biz, a company he co­-owned with Avi Arad, became the exclusive manufacturer for Marvel toys in the early ‘90s and doggedly refused to give up their license even when they couldn’t keep up with Marvel’s high demand for more volume. By the end of the decade, however, Marvel’s financial success had all but dried up. In 1996 they were forced to file for bankruptcy, allowing Toy Biz to swoop in and acquire the entire business just a few years later.

To bring the company back in the black, Perlmutter instigated a massive purge of resources, firing expensive executives, whittling the number of editors down from thirty to six, cancelling titles altogether, and even breaking Stan Lee’s lifetime deal to offer him a new contract at half the original amount. But the cost cutting measures didn’t end there; in fact, they only got more ridiculous.

“It’s things like, ‘Why do you need a new pencil? There’s 2 inches left on that one!'” a top executive told ​The Hollywood Reporter​.​ Under Perlmutter’s watch, memos were sent out demanding that employees not throw away paper clips and turn the lights off to save electricity, while freelancers started receiving overpayment notices claiming that​ they​ owed ​Marvel​ money. Those whose jobs were terminated weren’t even allowed to take comic books they’d worked on from the office, as they were claimed to be company property.

“Ike was an absolute tyrant, plain and simple,” another employee disclosed to ​Marvel Comics: The Untold Story​ author Sean Howe. “There was no negotiation, no meeting of the minds. If Ike said, ‘Turn the computers off at 5pm,’ you turned off the computers at 5pm. If you crossed him, you were gone.”

While these measures seem draconian, at least they appeared to work -­­ Marvel stayed afloat long enough to get its second wind and begin financing its own movies. But even as the studio started making money off of hits like ​Iron Man​ and ​Thor​, Perlmutter’s tactics didn’t change. After he sold the company to Disney in 2009, he still retained a stranglehold on the budget, which has resulted in some pretty embarrassing situations for a studio that’s grossed over $7 billion to date. Oscar nominated actor Mickey Rourke was initially offered a paltry $250,000 for ​Iron Man 2​; Perlmutter famously complained about a press event where journalists were given more than one soda; and a different press event for The ​Avengers​ once ran out of food for reporters, causing them to sneak over to a nearby competitor’s craft service table.

Even the lack of promotion for non-­Marvel Studios Marvel characters, like the Fantastic Four and the X-­Men, and has been ​traced back​ to Perlmutter. ​According to longtime ​X­-Men ​writer Chris Claremont on the ​Nerdist Comics Panel​ podcast, “the X department is forbidden to create new characters” because they automatically become the film property of Fox. “There will be no X-­Men merchandising for the foreseeable future because, why promote Fox material?””

Despite his overall secrecy, Perlmutter’s personal politics also interfere with Marvel’s reputation quite a bit as well. It was he who famously earned the scorn of feminist nerds when ​an e-mail dug up from the Sony hack revealed his belief that woman-­led superhero films were a recipe for box office failure (According to ​Birth Movies Death​, he’s also responsible for the lack of Black Widow toys in the ​Avengers​ line, believing that they won’t sell). After Don Cheadle replaced Terrence Howard in ​Iron Man 2​ for less money than the first actor was vying for, Perlmutter reportedly​ said to former chairman of Disney consumer products Andy Mooney that no one would tell the difference because black people look the same (Mooney later left the company, not long before three African­-American female executives also followed suit). And then, of course, there’s the indirect yet very public endorsement of Trump, which would have any sane PR representative reeling.

The good news is, Perlmutter’s grip on Marvel has already begun to wane, particularly on the movie­making side of the business. In ​August​, the studio was restructured such that president Feige no longer has to answer to Perlmutter’s whims, instead reporting directly to Disney’s Alan Horn. While Feige toed the party line and never said a bad word publicly about Perlmutter, he was apparently frustrated with having to answer for every nickel and dime that went into each film. Perlmutter’s desire to scale down the budget for​ Captain America: Civil War​, which boasts the largest number of Marvel characters (including a brand new Spider-­Man, in an unprecedented partnership with Sony Pictures) was reportedly the final straw for Feige, who had reportedly been contemplating leaving the company entirely.

Despite his shrinking influence, however, Perlmutter still controls a sizeable amount of the company, including TV and comics, and hasn’t shied away from using the money he’s made at Marvel for political purposes beyond supporting Trump  -­­ his family also donated $2 million to Marco Rubio’s campaign last year. Which begs the question, as ​Ms. Marvel​ writer G. Willow Wilson so eloquently asked in a ​recent blog post​: ​“Can we separate a CEO from the company he runs, or the company from the creators, or the creators from the art? Should we?”

In 2011, when it was revealed that ​the family behind Chick-fil­-A had given sizable donations to anti­-LGBT political organizations through their company’s charitable foundation, activists and frustrated customers alike boycotted the fast food chain until they promised to stop (although it wasn’t until over a year later, and mostly due to the ire provoked by a series of public anti­-marriage comments made by president Dan Cathy). Already, some are starting to consider a similar boycott on Marvel based on Perlmutter’s actions. “​Trump announces head of Marvel Comics has written a million ­dollar check for tonight’s event. Will think about that next time I buy a ticket,” ​tweeted​ filmmaker Michael Moore.

Of course, it’s much easier to stop eating at a restaurant than it is to stop caring deeply and passionately about Captain America or Jessica Jones or Squirrel Girl, which for many of us will probably happen exactly never ­­- and even if we did all drop out favorite Marvel books, it would be the artists, writers, and editors of each title who’d feel the financial burden, not Perlmutter​.

But that doesn’t mean criticism of his actions is a completely fruitless endeavor. ​While ​sales actually soared​ amidst the Chick-fil-A controversy, the backlash ultimately ​did ​have its intended effect ­­- after all, there’s nothing a company fears more than pronounced public outrage. Trump’s name alone has become so synonymous with racism, sexism, bigotry, and hatred ­­- all things that Disney prides itself on being completely against- ­­ that it might be enough to open up a dialogue about Perlmutter’s relative merit within the company, which has already grown to resent him behind the scenes.

Tacitly endorsing Trump might not be the worst thing Perlmutter has ever done during his time as Marvel’s CEO. But if it finally drags him into the spotlight and forces him to reckon with Marvel’s billions of fans ­­-and more importantly, its customers -­­ then maybe it will be worth our collective aggravation in the short term. 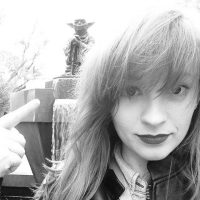 Victoria McNally has written for MTV News, The Mary Sue, Geekosystem, and Flavorwire, and has more opinions about Sailor Moon than anyone would want to hear. Find her weird Twitter thoughts at…

How Marvel Went From Bankruptcy to Billions