This article contains Arrow season 4 spoilers. Don’t read if you aren’t caught up!

DC Comic’s Amanda Waller is not your average good guy. Good should always be applied loosely — and only when the leader of A.R.G.U.S. can’t hear you.

Amanda Waller does what she has to do in order to save the optimal amount of lives. She sees things in shades of grey, then in shades of darker grey. She doesn’t waste time trying to figure out if her actions will hurt one man. By the time the hero has decided to save everyone, she has shot the person in her way and saved the world.

Catch up on Arrow Season 4 on Amazon Prime

Amanda Waller thinks big; she acts bigger, and she never lets little things like morals or a conscience get in the way of The Job. She is the ultimate spy. While Fury is busy wrangling The Avengers, Waller is busy setting up the Suicide Squad, double crossing your favorite heroes, and otherwise having her hand in every plot and every near-miss the world has ever seen.

On Arrow, Amanda “The Wall” Waller’s sociopathic protectiveness of the United States was played to perfection by Cynthia Addai-Robinson. She captured Waller’s determination, stoicism, and love of brute force with calm, poise, and a strength that was cut down far too quickly for my taste.

In honor of the fallen character, here’s a list of Amanda’s greatest sociopathic/heroic moments on Arrow.

When Amanda wanted something, she was not shy about seeking out the person she wanted it from — no matter how inconvenient her timing might be.

When a terrorist from Diggle’s past was trying to sell a chemical weapon to other terrorists, Waller sought out Diggle and Lyla’s help. Unfortunately for them, Lyla found them post-hook-up. Fortunately for us, it gave us a gem of a moment, sold by Addai-Robinson’s deadpan delivery and the utter disgust on Audrey Marie Anderson’s face.

Shadows Are For Lurking (Season 1, Episode 22)

This season 1 moment was brief, but lingering. We don’t see Waller’s face, but you get a sense she would snap Fryer’s neck herself if it came down to it. She was powerful, in control, and willing to torture and kill a whole mess of people to get to one person. This woman-in-shadows, this player in charge of all the pieces, was ready to make Oliver Queen’s life hell. And she does. Several times over.

We Only Knock Out The Ones We Love (Season 2, Episode 16)

It takes a certain level of steel to walk into a room that has clearly been decimated by someone who can fight. Walking forward is exactly Waller’s first reaction when she sees her agents unconscious and scattered on the ground.

Amanda was always fearless, and always on the hunt for knowledge. She walked into the room because walking away was not in her DNA. Even though it was just Oliver come to scowl at her, the moment was a great reflection of how she always walks towards the fight instead of away, all with a smirk on her face.

Amanda’s greatest strength – and her greatest weakness – was her love of brute force. There wasn’t a situation that she couldn’t throw a bomb at. This is no different when she sends the Suicide Squad in to a party to tag a vat of chemicals that could decimate a city.

Blowing up said vat doesn’t seem like the most logical thing, but it’s Amanda’s willingness to kill everyone at the party that reveals how she sees the world: Innocent lives matter less than results – and she’s head of A.R.G.U.S for a reason. If it wasn’t for Diggle, the entire party would be a smoking ruin, and Amanda would feel nothing about it. This was the first hint that she would do whatever it took to stop attacks on the United States, moral or not.

In the middle of torturing Oliver Waller, Waller stops to let him know that she is impressed by his ability to resist the waterboarding. This was all part of Amanda’s sociopathic charm and scariness.

Not much got to Amanda. She was calm as she watched a man she wanted to be her operative tortured by another. She was a shrug away from a “meh.” She would calmly watch Oliver, die if it came to it. Her goal was the Yamashiros, but the moment she spelled out all the ways in which Oliver had already lost the fight helped ensure that she was the bad guy we loved to hate.

Reaching Out Via Kidnapping (Season 2, Episode 6)

If there’s one thing about Amanda Waller that redeems her in my eyes, it is her respect for Lyla Michaels. She sees in Lyla a good, smart agent — and rightfully so. Their methods differ wildly, but Waller will bend any rule to protect her agent. This has her reaching out to Diggle the only way she knows how: by having him kidnapped and taken to a dark room, where she then enters as dramatically as possible.

By going to Digg, she ensures that someone who won’t give up is after her agent. She might not care what happens to Digg, but she sure as hell cares about Lyla. Her respect for Lyla doesn’t make her a hero, but it sure doesn’t hurt.

Felicity comments on Waller’s power. It’s easy to see that Felicity’s power isn’t just in her tech — it’s in her willingness to be mutable and shift with every and all emergencies. Amanda sees the sense in helping them and shifts her priorities in a second. I would have paid to see a road trip movie (or at least episode) between the pair.

When Waller learns that Slade is on the loose with a mirakuru army at his back, she does the most Waller thing she can think of: send drones in to destroy the soldiers and, consequently, everyone in Starling City.

Waller treats the soldiers like a virus, and has absolutely no hesitation in killing hundreds of thousands to protect the world at large. Standing up against Lyla, Digg, and Deadshot as the drone moves in on the city — even as she does her best to distract them with talk of treason and babies, guns held aloft calmly — revealed who she is when not ordering others to hurt and torture for her. She is an agent through and through, and I love that she was the enemy that Oliver could actually reason with by episode’s end.

Waller was given very few moments of physical prowess. She was more the viper than the charging bull. She typically waits in the shadows, sending in her agents whenever the moment is most opportune.

In “Broken Arrow,” however, she was seen in full soldier mode. She was injured, had clearly been tortured for weeks, but still managed to kill a man, and give her trademark smirk when it was done. Waller was somehow still menacing covered in sweat and bleeding. She still held power over Oliver — her power measured not by brute force, but by information and revenge.

Here, Waller clearly wanted Oliver to kill Shrieve. She pointed Oliver in his direction like a loaded gun. The flashbacks will never be my favorite part of the show, but this moment showed that there was more to Waller than a smirk and a propensity to torture in order to save. It showed a glimpse into the grit and steel that paved her path to director of A.R.G.U.S.

“What you need is conviction.” This is Amanda Waller in a nutshell. Throughout every questionable action and morally skewed judgment she makes, she has conviction.

As she argues with Oliver in the ruins of a city street, she reveals that her business is in saving people no matter the personal cost. She does what she has to, including torture, so that other people can stay safe. Waller may be a sociopath, but she’s on the side of good, which makes her an interesting and formidable character in the Arrow-verse.

“There are people who deal only in extremes, and it is naïve to think that anything less than extreme measures will stop them.” Waller has conviction. She has the willpower to take those extreme measures and make the world safer for others, even if she can’t live in that world with them.

As Close to Love as a Sociopath Can Get (Season 4, Episode 11)

Amanda Waller may depend on brute force as a default, which makes her easy to anticipate, but that does not make her stupid. She has spent her life outthinking the person in front of her. She deals in maneuvering people into the spot she wants them.

When members of an elite military organization, Shadowspire, decide to storm A.R.G.U.S., she deals with them the way she always deals with her enemies – with a sense of calm and a smirk on her face. Only, this time, she does one better: Yet again, she saves Lyla’s life. She makes a point of telling the leader of Shadowspire that Lyla is her most trusted agent, how unlike herself that Lyla is.

Waller knows that the man is going to kill someone. She senses the death coming. She leads him to the conclusion that Lyla is more apt to give him what he wants. She gets a bullet in the head for her trouble and she buys Lyla more time to find a way out.

It’s as heroic as Amanda Waller has ever been, and it’s all for Lyla. I may not agree with killing her off, but I like that she died protecting Lyla. She died so that Lyla could go home to her family.

Power Rangers: The Psycho Path is the In Space Comic You've Been Waiting For

Have a favorite Amanda Waller moment? Let us know below. 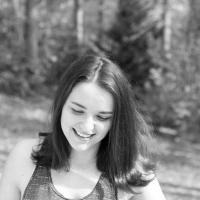 Lynnie Purcell is an avid believer in the idea that Han Solo shot first, Slimer is entitled to his healthy appetite, and that Tom Hanks, George…

Suicide Squad: the latest, and what to expect from the film