When The X-Files season 11 was announced, there was mix of excitement and some trepidation with fans about whom might be involved with the season.

We’ve already confirmed Glen and Darin Morgan will be back to write for for The X-Files season 11. Now another key piece to the X-Files creative staff spoke with Den of Geek on his involvement in the new season.

James Wong, best known for his work on the early seasons of the X-Files, confirmed he will write and direct two of the upcoming 10 episodes of The X-Files. Wong’s other notable projects include Millennium, American Horror Story and the Final Destination franchise.

When asked about what story ideas he had in mind for the new episodes, he did reveal one idea was already written. “I have one I am excited to do,” he said. “I talked it over with Chris and everybody is on board and we’re going ahead with that, but the other one I am still noodling and figuring out what I should be doing.”

Wong wrote and directed “Founder’s Mutation,” the second highest rated episodes of the 2016 revival. Many of Wong’s X-Files episodes, including the chillingly scary “Home,” which he co-wrote with his frequent collaborator Glen Morgan, have become iconic in X-Files history.

He thoughtfully explained more about where season 11 might lead The X-Files storylines: “You know, we want do to mythology stories and stories that connect with each other, but I think we’re still interested in doing stand alone stories. I think the second episode I do will be more of a standalone story, and the first one will have some connections to the mythology, but not as connected as Chris’s episodes.”

When asked about any other surprises in store with this season’s writing team, or directors, and if there might be some new faces involved from season 10, he clarified: “Were still finalizing that. I know that’s talk about people [who] might do additional scripts, but I don’t think we’re set with what those surprises might be. Everybody wants guys that have worked on it to be back and whom we’d love to work with, but everybody is so busy, you know. It’s really hard to get people [to commit]. I’m juggling a couple of things with American Horror Story, and this, so I can understand why people would be reluctant. Like, Vince [Gilligan] might be too busy, we’re seeing if Howard [Gordon] is available, but it’s hard.”

We’ve previously spoke to Vince Gilligan, who was doubtful he’d be able to find time to write for this season of The X-Files.

We’ll have more details and continue track what to expect in The X-Files season 11.

Den of Geek’s X-Files correspondent Matt Allair is a writer, freelance filmmaker, musician, and the webmaster of The X-Files Lexicon. 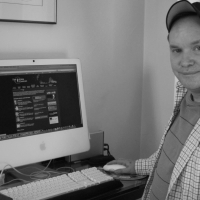 A native of the San Francisco bay area, Matt Allair attended and graduated from The California College of Arts and Crafts with an arts bachelor’s degree in…

More on The X-Files

The X-Files: How To Keep Your Fandom Alive